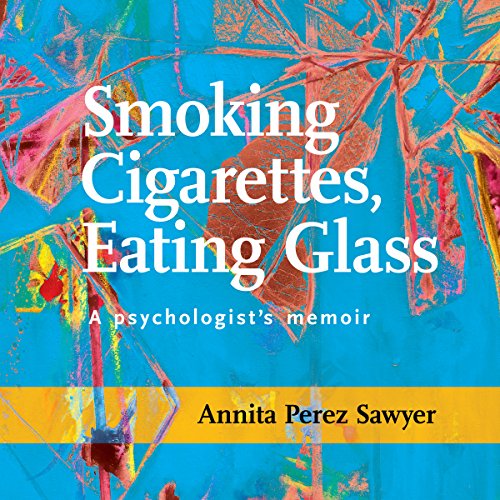 Annita Sawyer's memoir is a harrowing, heroic, and redeeming story of her battle with mental illness, and her triumph in overcoming it. In 1960, as a suicidal teenager, Sawyer was institutionalized, misdiagnosed, and suffered through 89 electroshock treatments before being transferred, labeled as "unimproved". The damage done has haunted her life. Discharged in 1966, after finally receiving proper psychiatric care, Sawyer kept her past secret and moved on to graduate from Yale University, raise two children, and become a respected psychotherapist. That is, until 2001, when she reviewed her hospital records and began to remember a broken childhood and the even more broken mental health system of the 1950s and 1960s, Revisiting scenes from her childhood and assembling the pieces of a lost puzzle, her autobiography is a cautionary tale of careless psychiatric diagnosis and treatment, both 50 years ago and today. It is an informative story about understanding PTSD and making emotional sense of events that can lead a soul to darkness. Most of all, it's a story of perseverance: pain, acceptance, healing, hope, and success. Hers is a unique voice for this generation, shedding light on an often misunderstood illness.

A terrific book. A story of Transcendence and endurance and hope. I was enthralled throughout.

I must be honest, this book took me a little bit to get through....not because it was bad or anything like that, but because it made me angry at her parents as well as the folks in the medical field and would find myself needing to stop for a bit, then come back to it. This book is narrated by the author herself, which is appropriate, as this is her life growing up and basically tortured by the medical doctors, only to later become a Psychologist, herself. Having listened to this book, I truly do not think anything was wrong with her (mentally), she was only sexually abused and had a mom that just let people walk over her. My heart truly went out to her and her strength to better herself and get an education, then become a psychologist, to help others. This audiobook was provided by the author, narrator, or publisher at no cost in exchange for an unbiased review courtesy of AudiobookWorm.

Should be required reading for every psychiatrist

If you could sum up Smoking Cigarettes, Eating Glass in three words, what would they be?

Anita rose like a phoenix from the broken mental health systems of the 60s to persevere and flourish.

This book is a must read for anyone going into the psychiatry/psychology field (as well as anyone who is interested in mental health). As someone in the medical field, I was drawn to this book because I heard about the questionable practices of the psychiatric field in school, but a firsthand account of the horrors would bring much-needed light and compassion to the subject. This is such a well done memoir that, at times, I have to admit that I forgot I was reading non-fiction; this book reads like fiction. It grabbed me by my collar and didn't let go. I think the one and only criticism I have for this book is this: it progresses very linear and easy to follow, but then after Anita requests her records, it starts to skip around a bit and gets just a bit hard to follow. Otherwise, this is a great book that I think should be required reading in every university that teaches any sort of medicine or mental health studies. I also have to point out that after reading this book, I can acknowledge how hard it must be to market and ask for reviews, especially those that aren't positively glowing. This author has come such a long way in her life and has accomplished so much, I bet none of her psychiatrists could've predicted her being able to handle becoming an award-winning author (among everything else!).

I volunteered to review the audiobook through Audiobookworm Promotions; this in no way affects my opinions. Anita Perez-Sawyer narrated her own book, and I think that was very fitting for this situation. I am not always a fan of author-narrated books, but this is such a personal and emotional story that I can't imagine it being appropriate for anyone else to narrate this book. This is not a professional-level recording as you can hear a few swallows and stumbles over words, but it did not lessen my experience any. There were not any pops/crackles/static in the Audible recording; it's still a high quality recording.

If you are in a mental health field (or just curious as to what the not-too-distant-past was like) I absolutely implore you to read this book. It's well worth your time and will open your eyes to the suffering that a broken system caused. I believe many mental health diagnoses could have been prevented or cured with traditional talk and drug therapies rather than the more extreme ECT and lobotomies that caused irreversible damage. It's my hope that with books like this and people in the mental health world like Anita Perez-Sawyer that history will never be forgotten and never repeated.

Five stars. Definitely highly recommend this painfully poignant yet encouragingly validating memoir to all adults with a history of either 1) mental health concerns directly related to prior childhood abuse and neglect 2) present-day overwhelming emotions and frustrations due to their own trauma history being denied by either their family of origin or mental health practitioners. This is a *hope-filled memoir* period. As an adult healing from my own complex trauma, I cannot recommend this "author-read' memoir more highly, nor can words express how encouraging this powerful retelling of Dr. Annita Sawyer's journey this has been for my own healing journey. Annita's soothing and kind voice is one I have become very fond of as I have listened to this audiobook on Audible more than once. Thank you, Annita, for giving me and so many other abuse survivors so much hope that our lives, too, can be redeemed, successful, and enjoyable as long as we are 100% committed to our own daily healing journey. I walked away from this book feeling more determined than ever to heal from my decades of childhood abuse and exploitation. If you are on the fnece about purchasing this book, just know you'll not regret it if you do. You'll walk away feeling like anything is possible!