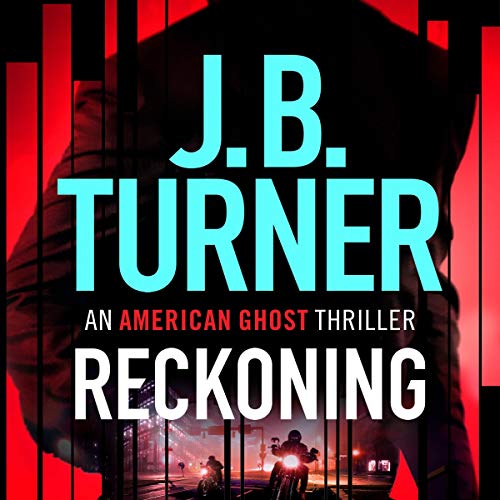 A sister kidnapped. A journalist in danger. A killer out for revenge.

After taking out a covert facility run by the Commission, a deep-state syndicate, Nathan Stone has made powerful enemies. He’s a black-ops asset - and he’s gone rogue.

But the organization wants payback. Kidnapping Stone’s sister from a Florida psychiatric hospital, the Commission have their asset exactly where they want him. They instruct him to neutralize journalist Mark Mahoney, to whom Stone had previously leaked documents about the Commission and their deadly conspiracy. Now, Nathan Stone has a choice: neutralize Mahoney and kill the story for good, or lose the only family he has left.

Stone knows that these men will stop at nothing to get what they want. Killing Mahoney is just the beginning. And when Stone learns the identity of their final target, he knows he has to stop the Commission once and for all - no matter the cost.

What listeners say about Reckoning

Enjoyed it but not one of the best . Very predictable . Just feels like he has a format and sticks to it . Not in a hurry to listen to more of these.

I'm a huge fan of the Jon Reznick series. Now I think I'm an even bigger fan of the Nathan Stone series.
Once again the publisher's summary gives almost too much of the plot away, if I say anything else you wouldn't have to get the book.
From start to finish this is high octane adrenaline rush! Talk about fast paced, this book just doesn't stop. I like the way the author fleshed out the protagonist quite a bit more in this book. In the previous book Stone's character was basically a killing machine. In this book he has a personality with not only strength but weaknesses as well (not too many).
Although this can be read as a stand alone I would suggest listening to book one first to better understand what is going on in this book.
Jeffrey Kafer does an outstanding job narrating.
This book has my HIGHEST RECOMMENDATIONS.
If you found this review helpful please indicate so.
Thank You.

Outstanding! But is it worth a full credit?

British author JB Turner, actually a Scot, is yet another Brit who writes suspense thrillers set in the US. Reckoning is Book 2 in his American Ghost/Nathan Stone espionage thriller series. Like Turner's other eight novels in this, the Jon Reznick, and Deborah Jones series, Reckoning is rather short for a novel and is not far outside of the novella total word count range. I'm asking myself why not get the Kindle version free with Kindle unlimited and have the Kindle app's text-to-speech feature read it to me rather than paying a full $9.56 Audible credit.

My concern is about effective price increases hidden by ending a reduced audiobook price for Kindle Unlimited members for some books. It is true for a wide range of short novels I routinely purchase by JB Turner, Jon Mills, Scott Pratt, Colleen Helme, and several others. For the last several years I have spent approximately $2000 annually with Audible. I have purchased, listened to, and rated over 2500 Audible books. My current path is to spend over $500 more this year for the same number of books by the same authors. This is effectively a 25% price increase.

I love Audible and consider their audiobook prices with my Audible credit purchase plan to be a great deal when compared to the same audiobooks at Apple iTunes. But Audible's real competition includes printed books, ebooks, and a wide range of very inexpensive video entertainment options including offerings by Amazon Instant Video, Netflix, etc.

I may be alone in my opinion that Audible Channels and the WSJ or NYT daily news summaries add no value. I simply expect to purchase audiobooks from the widest possible selection at the best prices. Anything else is useless fluff to me.

Finally, I remain very disappointed by the negative changes to the Audible Listener page. However, the recently released ability to edit my reviews is a great step forward.

Nathan Stone is getting worse..

🤔 I swear these books are getting dumber all the time. AND we went through the entire story only to have a character Stone was protecting get killed at the end? That was fucked up! But worse than that the verbiage was so stupid sometimes. The author needs to study his wording.

This was a decent story about a group of high ranking men who had people that didn't agree with them murdered.

No romance and the F-bomb was used 148 times.

As for the narration: Jeffrey Kafer seems to be getting as bad as author. Kafer needs to get better or I'm going to be done with him. At least TRY to sound like a woman when you should AND put a little emotions in your reading.

For what type of book this is it's above average. mostly a continuation of characters developed in first book. Lots of action with little new character development in this book.

this is not a children's book.

I do not know why this book is listed on my phone acct as such. as all this series engrossing . well narrated. it is of course a book about the less savory characters.
Their lifestyle.

From start to end existing. not a one boring part to this book or any from J. B. Turner

An other great book by JB Turner you can't stop listening to until it's over.

Improvement over the first.

Still technically well written, the story is stronger this time. The characters are given more of an arc.

What a thrill! Nathan Stone is awesome. J. B. Turner writes a unique kind of thrillers full of tension, action and suspense.