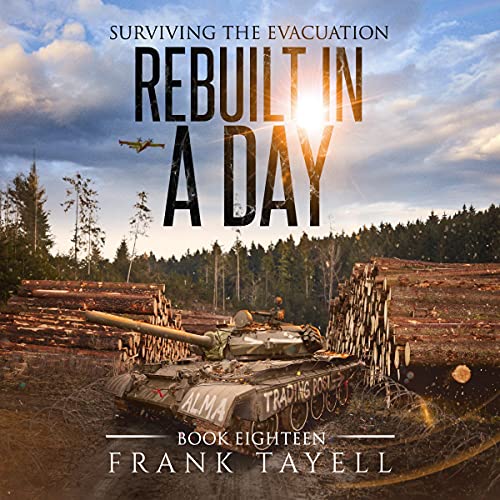 Rebuilt in a Day

It took three weeks to destroy civilisation. It won’t be rebuilt in a day. A year after the outbreak, a sharp winter is followed by a sudden thaw. Spring has come early to Nova Scotia, bringing new hope. For the 13,000 survivors who’ve found sanctuary in northern Canada, and for the first time since the apocalypse, extinction isn’t imminent. But it looms large in the near future, a legacy of the nuclear war that destroyed civilisation.

As the weather improves, some survivors quit the small community. Even more plan their departure. The old-world supplies of food, oil, and ammunition have been consumed. More will have to be grown, drilled, and made. Medicine, paper, clothes: in a few years there will be none left to salvage. If it can’t be manufactured, it will have to be forgone. What knowledge can’t be preserved will be lost.

Humanity’s future appears bleak unless more people can be found. Hoping there is some truth in the rumours of a redoubt in Vancouver, an expedition to the Pacific is launched. The journey will be perilous as North America was ground zero for the outbreak, and for the nuclear war.

Set in Canada and beyond, as survivors from the Atlantic and Pacific meet. Please note, this audiobook includes heroes and villains, places and events from the Pacific-based series, Life Goes On, Books 1-3.

What listeners say about Rebuilt in a Day