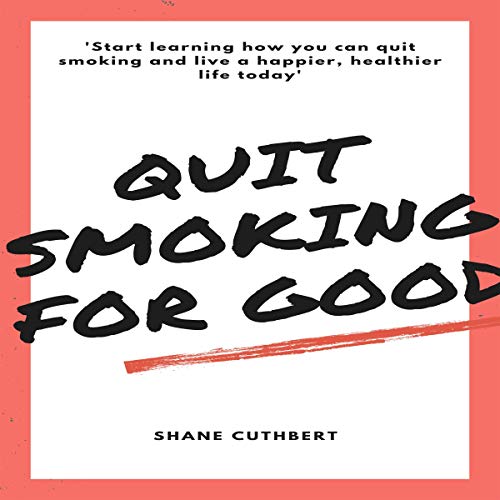 Most people start smoking at a younger stage of life where, maybe, they're under a lot of stress. There's a lot of uncertainty, a lot of self-doubt. They don't feel self-confident in themselves. Then, over the years, they kind of grow up a bit. They mature a bit, and they get to the point where they're a little bit more motivated to care for themselves and look after themselves. They get to that point where they feel a strong desire to want to stop smoking. They use some patches, change some routines, they break the habit, and everything is going fine. They stay on the wagon so long as life doesn't get in the way.

The realistic probability of the treatment being successful long term becomes a lot more unpredictable if you're the kind of person who smokes not just because it's a bad habit, but if you're the kind of smoker who uses cigarettes as a coping mechanism or, essentially, you're using smoking to sort of medicate your emotions. If that describes you, and you try patches and therapies focusing purely on breaking the habit, I mean, you'll be fine so long as life is fine. But once when you hit one of the hurdles up ahead you will want to slip back into your old ways and habits, by that point, you want to make sure that you've got a new and healthier coping mechanism installed to make sure that you don't regress into your old familiar patterns. You will find out exactly how to create better coping mechanisms in this audiobook.

The other thing that happens to a lot of people that use smoking as a coping mechanism is, once the particular therapy gets rid of the desire to smoke, then they end up transferring that desire onto something else, some other addiction, some other coping mechanism that they use to medicate their emotions with instead. Now, it could be other drugs, but the most common thing is foods. A lot of people end up addicted to comfort eating instead. Again, if you want to learn how to better avoid this trap, this audiobook is for you.

This audiobook is about creating permanent change and there is a few things we need to do to create that change, whether its a bad eating habit or an addiction, the fundamental rules and guidelines for change stay the same, change is something I am an expert at creating, I create changes in people all over the world and changing your smoking habits and quitting smoking for good is no different to learning how to stress less and beat anxiety, in fact, I'm sure you know exactly what I'm talking about because you also smoke more when anxious and I right? If you not only want to quit smoking but quit smoking long term this audiobook is for you because it focuses on the fundamentals, the instincts and the problems driving you towards smoking, changing a habit is much like putting a band-aid on a very serious wound, listening to this audiobook is like going to hospital, we are going to get in and find out whats really going on and create change at the core.

What listeners say about Quit Smoking for Good