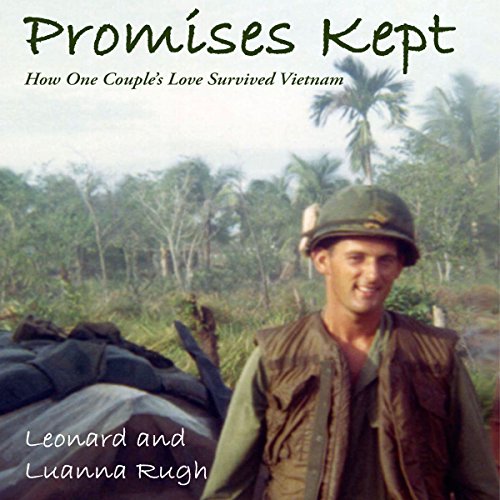 On a 1968 afternoon, Len Rugh opens a letter he'd hoped never to receive.

Although he's been married less than two years and his 23rd birthday is just days away, Len is ordered to report to the induction center in Los Angeles. Somehow, he's been drafted, and soon, he's in Vietnam.

Although he's fighting in a war he never asked to join, Len suffers a severe head wound. No one thinks he'll survive, but he does, and he returns home to his loving wife, Luanna. Once back home, he learns to talk, walk, be self-sufficient, and even graduates from college.

But nightmares of the war still haunt Len. Years later, seeking closure, he visits the Vietnam War Memorial to pay tribute to his brothers who died. But for some reason, none of their names are listed.

Now, Len must find out if the fate of his comrades is how he remembers, or if something else happened altogether.

Get ready to go on a journey where being true to love is just as important as being true to your country, where secrets that linger are meant to be uncovered, and where in times of uncertainty, it's important to remember promises kept.

What listeners say about Promises Kept

A journey shared as an amazing gift to readers.

My own connection with Vietnam vets became a clearer gift through Len's amazing story. Thanks