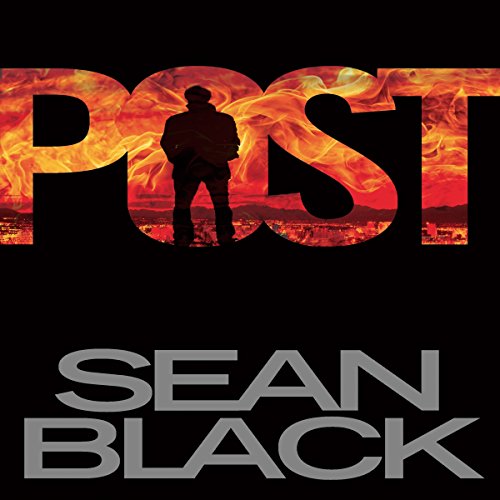 Exhausted by years of combat, and haunted by the ghosts of his past, nothing is going to stop special forces veteran Byron Tibor returning home to the woman he loves. But is Byron who he appears to be, and why is the American government determined to stop him?

From the blood-soaked mountains of the Hindu Kush to the glittering lights of Manhattan, via the dark underbelly of the Las Vegas Strip, Post is the story of one man's struggle to retain his humanity - before it's too late.

What listeners say about Post: The First Byron Tibor Thriller

This was only my third novel by author Sean Black and the first in the Bryon Tibor series. The ending assures I will listen to the next one soon. Post is an exciting espionage thriller with a touch of contemporary sci-fi. Suspense is intense and action is almost continuous. The publisher's summary sets up the novel perfectly, so I will not add to it. Narration is superb.

I enjoyed this book very much. I hadn't realized when I bought it that the protagonist (Byron Tibor) was kind of like a dark Captain America with PTSD that gives him nightmares, headaches and flashbacks. His body has been altered with super hearing implants, super corneal implants (he can see in the dark) an explosive resistant endoskeleton and more. When the government's doctor implanted an RFD tracking device in his neck without his permission he'd had it and decided to go AWOL. So now one of the most efficient operatives the US had is attempting to live off the grid. That can only last so long when an entire special forces unit is after him. Most of the time he is coherent but the vision of a small young girl who Byron saw murdered is his constant companion.
The author, Sean Black is also the author of the Ryan Locke series. This book has the same level of action however the two characters are very different.
Grant Pennington narrates this book. He does a very good job.
I thoroughly enjoyed this book. Light, fun and fast.
HIGHLY RECOMMENDED.
If you found this review helpful please indicate so.

It’s a great concept that is held back by some lame dialogue and horrible narration.

The narrator sounds like Elmer Fudd reading to a class of first graders. His cadence is bizarre, he inserts strange pauses and he has very little voice acting range. I drive a truck for a living and listening to audiobooks is a great way to keep me entertained while I work, but this narrator is so bad I have to hit pause and just enjoy the view for a while.