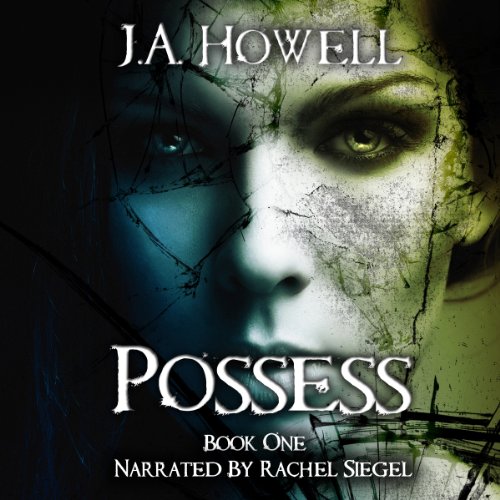 Stumbling off the bus in Midtown, Harley Martin thought she found an escape from her old life.

She soon realizes it was anything but that.

Low on cash and options, she manages to find herself a cheap but surprisingly nice apartment. The catch? The last tenant, Brody Walsh, killed himself.

As disturbing dreams and hauntings start to occur, Harley realizes there may be much more behind the previous tenant's death than a simple suicide. She finds her life further entangled with his when she learns that her new boss, Nolan, was also his best friend. Could this handsome but evasive pub owner have something to do with Brody's death?

Trying to piece together the events surrounding Brody's death proves to be a daunting task, but Harley can't give up. Brody won't let her. He is still in the apartment with her, trapped in limbo until she finds his killer.

But he's not waiting for revenge.

not what I had expected, but was a decent read.

loved the way the narrator used different accents for the characters. not quite what I was expecting but it was ok. I feel the title "possess " was not really appropriate. it led me to expect more of a horror story, and this was more supernatural mystery in my opinion.

Would you try another book from J.A. Howell and/or Rachel Siegel?

Has Possess turned you off from other books in this genre?

Not a bad read from the standpoint of a murder mystery, but the title and cover art suggested to me to expect it to fall more into the category of good and evil, demon possession, etc. The book contained none of that, but had me waiting for it until the end.

Harley has problems.... she's on the run and is trying to start a new life but her apartment is haunted by a couple of ghosts, there's someone watching her, she's having realistic nightmares, a violent abusive ex fiancée wants his revenge, a Psychic had a vision of Harley's violent bloody death, her money's running out and her gorgeous, sexy but moody Irish boss keeps looking at her (ok well maybe we can overlook him as being a problem). But if all her questions about the unsolved murder/s can be answered then all her problems should disappear too.

Worth a credit? A riveting and compelling story with a nice balance between the murder/mystery and the loveable H/H's romance - so YES creditworthy as I'm happy it's in my Library but I only wish books 2 & 3 were too.

great story, left me wanting to hear more. the reader was rushed and not as captivating as I would have liked.

This is a great story. The characters are well defined, the storyline is easy to follow . The story seemed so real, it made me wonder are there those who are trying to reach us from the other side of this life. Can't wait to start book two.
Thanks A. J. Howell.

My 7yr old granddaughter could narrate better than Rachel Siegel. Story was good, but left lots of holes that I suppose will be answered in later books. Don't know if I will be able to stand an encore performance off. Siegel.

After I finished this book, I thought that it was not a book I was glad to have read. To me, the story didn't flow well, there were gaps and holes, and I am not a fan of the way the author did the dialogue/accent for the Scots and the Irishmen. It wasn't really consistent, and it messed up the flow. I just did not really find it anything special. I did find it very humorous at times, and that part I enjoyed the most. Overall, not a bad read, but not something I would recommend. I don't plan to read further into the series.

I got this as an ebook first, then got the narration so I could listen as well. HUGE mistake. I will never get anything narrated by Rachel Siegel again if this is any indication of her lack of story-telling talents. Her voice was mostly monotone, she rushed along, missing pauses for effect, with so little emotion or voice characterization I was cringing. I slowed the speed down to .50 and still couldn't take it. She didn't have voices I could really tell apart for the characters, and the lack of emotion, the missing pauses, it sucked the life out of the story like she was reading some boring textbook or something. In my opinion, without a doubt the worst narration I have come across thus far. I like a narrator who can make a story come to life for me. One who colors it, who knows when to pause for effect, when to add inflections, and how to give emotion to the words... Siegel didn't even give emphasis to the words the author had in italics for that very reason... ugh. I gave her a half hour of listening before I couldn't take it anymore and gave up...

The plot was fast paced, the characters were engaging and the narration was good. Considering it only cost $1.99, it was definitely a bargain.