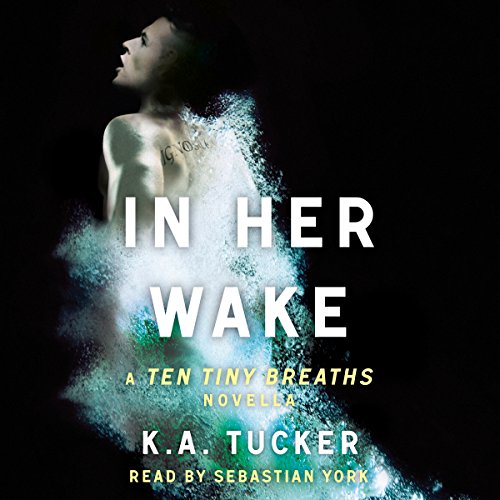 Before you knew him as Trent in Ten Tiny Breaths, he was Cole Reynolds - and he had it all. Until one night when he makes a fatal, wrong decision…and loses everything.

When a drunken night out at a Michigan State college party results in the death of six people, Cole must come to terms with his part in the tragedy. Normally, he’d be able to lean on his best friends - the ones who have been in his life since he could barely walk. Only, they’re gone. Worse, there’s the shattered body of a 16-year-old girl lying somewhere in a hospital bed, her entire life ripped from her because of a case of beer and a set of keys.

Everyone assures him that they know it wasn’t intentional, and yet he can’t ignore the weight of their gazes, the whispers behind his back. Nor can he shake the all-consuming guilt he feels every time he thinks of that girl who won’t so much as allow him near her hospital room to apologize. As the months go by and the shame and loneliness festers, Cole begins to lose his grip on what once was important - college, his girlfriend, his future. His life. It’s not until Cole hits rock-bottom that he can begin to see another way out of his personal hell: forgiveness.

I hated the ending

it was a bit morbid but I stuck with it and was waiting for a good ending but no.. I hate ending like this one. Is there another book that carries kn from this one . Love sabastian voice though

Cole Reynolds had it all until one crazy night in college he and his friends feeling ten feet tall and bulletproof decide to drive drunk. Before the night is over six people lie dead and the lives of the two survivors will never be the same. Cole will try and make it up to Kacey Cleary the 16 year old victim the only way he can; by watching over her, taking care of her; following in her wake. In the wake of losing her parents, boyfriend and best girlfriend she's become a reckless party girl and Cole becomes her guardian angel. He saves her from several bad situations that she was too stoned and reckless to avoid putting herself into dangerous situations. This novella is a great prequel to the initial K.A. Tucker book Ten Tiny Breaths which was narrated by Kacey. In her wake was Cole's take on the pre Florida Kacey when she was still in Michigan. As usual in this series it's a five star special.

I listened to 10 Tiny Breaths First

If you happen to read 10 Tiny Breaths, don't go back to this book, which is the prequel. It is redundant and just to much.

Was In Her Wake worth the listening time?

Stalking is not sweet

I'll just get this one out there now, and this review may include mild spoilers. This book is about a guy who is so overcome with guilt that he decides to stalk the only other survivor of a car accident he was involved in. He involves himself in her life repeatedly, even going as far as to break into her email account. This is not sweet. Stalking is not sweet. Stalking is not sexy. Stalking is not romantic. Stalking is scary, and awful and it would be nice if authors would stop portraying it as some kind of sign of true love. I really wanted to like this, but I found myself constantly appalled by the lengths this guy goes to so he can stalk his victim. This would be a fantastic prequel to a crime novel but not to a romance.

The narrator is great though. So there's that.

Struggled to finish this one. I enjoy Sebastian as a narrator so thts what made me give it a chance but i am so glad i didnt pay full price for it!

Sebastian is always a win

I loved it! Trent's POV was more emotional than TTB! In many ways I wish I listened to this 1st before TTB!

Extremely captivating plot, just like all other four novels of this series. Worth to check all of them out ;) Highly recommend!

I loved Ten Tiny Breaths, so I had to read this one. It’s heartbreaking and depressing, but still beautiful. And the narration is perfection!! Sebastian York could read an obituary and I think I’d enjoy it.

I liked the first book better

I liked the first book better. but am looking forward to listening to the next book.

This book is suppose to be read after the book Ten Tiny Breaths even though it is 0.5 in the series. The order is a little misleading but it was written after book 1. I think it would be hard to enjoy it as much unless you knew what happened in book 1. That being said I loved loved loved this little book. As much as I love the male character in book 1, getting this insight into his background was so eye opening. I was a real treat to get to know how his life ended up where it did in Ten Tiny Breaths. It made me immediately go back and read book 1 all over again now that I had this information. Sebastian York is the perfect voice for the male character in this book. PERFECT!!!

Man, not only do I love Trent's point of view and his struggles but it ties in so nicely with what happened in TTB. Sebastian has such a soothing voice, those neck nuts hit you right in the happy place 😉😉. I kind of wish this was the full version of TTB but from Trent's view, it would be interesting to know what happened and what he was thinking when he was missing from TTB.