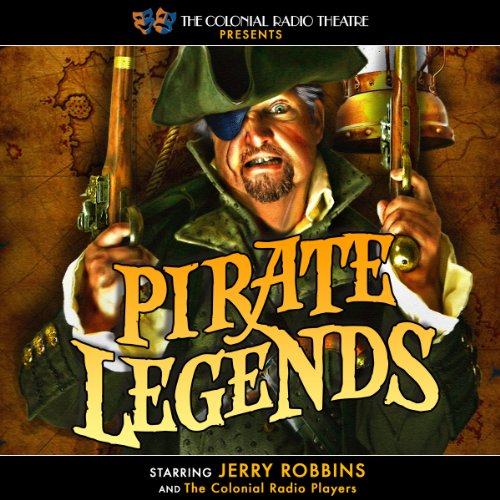 It is hard to resist a good, rousing pirate adventure! As with our other productions, Pirate Legends has been kept as historically accurate as possible. Pirate Legends tells the story of two of our earliest pirates (William Fly and Dixie Bull). Most of us have come to accept what Hollywood has given us over the years as pirate tales, but you will find no "Pirate Hero" here. What you will find is what history gave us...un-glamorized, and in most cases ruthless men who were the terrorists of their day.

Pirate Legends was one of the first shows produced by Colonial Radio Theatre, and many years later, it's still an irresistible, exciting adventure!

What listeners say about Pirate Legends

What did you love best about Pirate Legends?

Jerry Robins and the Colonial Radio players make a lot of these little history stories. Very enjoyable and pretty accurate best I can tell.
Well worth the money.