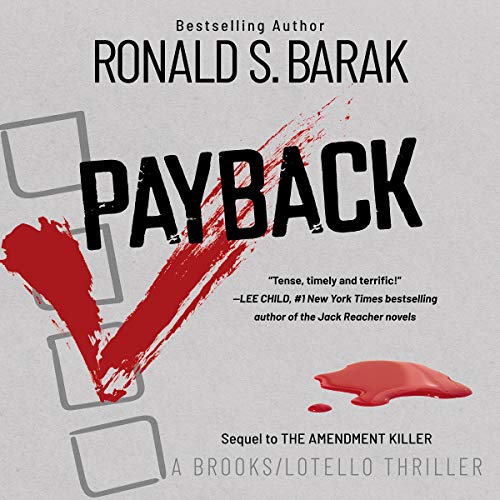 What kind of trouble could you get into at a famous writers’ conference?

Thriller Jubilee is a renowned week-long writers conference held every year at the luxurious Hotel Marisol on the sun-drenched island of Punta Maya. Attracting literary luminaries and reading fans alike, this year’s conference is attended by one guest too many - a writer wannabe whose efforts have not received the recognition the author expects or, one might say, demands.

As conference officials discover participants are quietly disappearing, they wrestle with the question of whether to disclose that a serial killer may be on the loose, fearing that it could trigger a panic and permanently destroy the event and the host organization.

Payback, third in the popular Brooks/Lotello Thriller series, is a fantasy murder mystery blended with today’s real-world obsession with society’s moral decay, for example, the college admissions scandal and the failure of sports, academic, and church leaders to expel offenders within their ranks preying on those entrusted to such organizations.

What listeners say about Payback