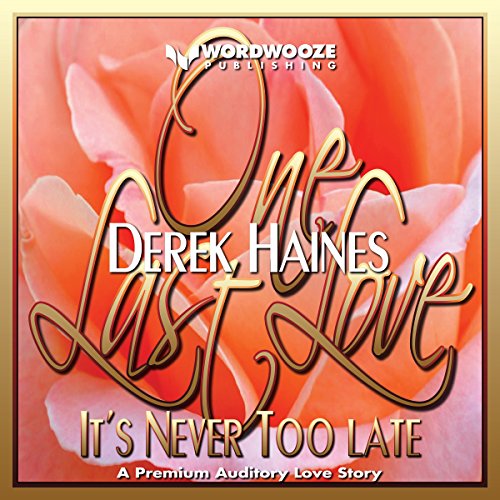 Life has the habit of delivering its twists at the most unexpected times.

For Bonnie, his life had been lived, and the bittersweet memories of his wife, along with the neverending sorrow of losing his son so young remain with him, but they are now ebbing away slowly with the passing of the years. His days of love, warmth, and tenderness well past and all that is left is his last few quiet years to grow old. Alone, yet content.

What he had done, he had done and what had happened, had. All that remained was to live out the rest of his life in a new place, far away from his checkered past. His days passing with the regularity that an old man desires and deserves. Until the dark day arrives that signals an impending end to his new found life, and with it, all sense of hope.

In facing mortality, Bonnie resorts to using his crusty exterior and bravado to hide the frailty and fear he feels within himself - until he is presented with stark realities beyond his understanding and is forced to come face to face with his own prejudices and beliefs.

In meeting Danny and Angeline, Bonnie begins to reshape his thoughts about his acceptance of those he had habitually admonished, and of the bigoted life he has lived. While Charlie and his daughter Beatrice realign his set concepts of how he had habitually rushed to judge people too quickly.

However, it is only when Bonnie meets Madeleine that the most unexpected eventuality turns his hard held beliefs, and his very set views about life, people, and love, on their head.

What listeners say about One Last Love

Would you listen to One Last Love again? Why?

Yes, I would definitely listen to One Last Love again as I enjoyed the story very much.

What other book might you compare One Last Love to, and why?

It is a very unique story.

What about Harry Roger Williams III’s performance did you like?

All the books from Derek Haines are worth reading. He writes in many different genres and is very talented.

Would you listen to One Last Love again? Why?

Yes........ but would wait for awhile to think about the many issues this wonderful short
book introduces to the reader.

It is very honest in presenting people who must face their mortality and the ultimate reality
of who they were in their life.

Have you listened to any of Harry Roger Williams III’s other performances before? How does this one compare?

He is a great performer ........... sensitive to whatever material he is presented with and giving a performance that translates the intentions of the Author.

There is always time for love.

This unique look at end of life set in a place where one hopefully finds caring compassion from those around. The listener gets to examine their thoughts and feelings through those of the characters. Hopefully there is time for one last love. Little bits of dry humor rounds out this book. I will be looking for more of Derek Haines work.

The narration was well done. The characters were well portrayed. Harry Roger Williams III voice is a gift to this story.

Sing-song quality to the entire narration. No differentiation between narrative and dialogue. Also, transitions, such as "he said" or "she asked" were spoken with the same intensity as the dialogue itself - very irritating. Narrator also tried to assume voices, as in mimicking women's voices or a judge's voice to very poor effect. Overall, surprisingly poor. I wanted to shake the narrator to stop him in midsentence and have him repeat it "more naturally." People don't talk that way!! Far too deliberate. I understand enunciation is critical - unless it's NOT. It's a judgment call. I would give the narrator 5 stars for enunciation - but many passages require less than stellar enunciation.

Was One Last Love worth the listening time?

I could not continue. The sing-song quality, and the lack of vocal variety and nuance aggravated me no end.

This is a heartwarming story of old people in the later days in life. It was so true that it was a fun one. The narrator did a good job.

Narrator does this one in!

Although the narrator has a pleasing voice his reading of the story is poor. For this reason I had a really hard time getting into the story.

The story itself has a good premise and had potential but I just didn't connect with it.

I was given this book to provide an honest review.

A story about people nearing the end of their lives. It was a heartwarming, fun story. Narration was good. I received a free copy of this book from the publisher and/or author and/or narrator in exchange for an honest review.

I got this ARC via audiobook boom and this is my voluntary review. This is a story about a man who has been given weeks to live and he revisits his past as well as makes up for some of the mistakes he has made by actually learning tolerance. He begins this journey as a bigot, racist, and all around dumb dude. As he travels through his days in hospice care and actually gets to meet many types of the people that he has hated most of his adult life he realizes how wrong he was to not get to know the people before bashing them. This book took me on a tour of Bonnie's life, failures, and success as well as his decisions made throughout his seventy plus years. This was an interesting journey of discovery. The narration was spot on.

I requested and received a copy of this audiobook from AudioBoom in return for an honest reviewI had a difficult time with the narration. It made it hard for me to get through the story in one sitting. I think I'd likely enjoy it in print though.

I have a lot of mixed emotions about this one. Sad, but heartwarming. Coming to terms with death is the ultimate final joke on us all. The ending was bittersweet. I voluntarily listened to a free copy of this and am giving an honest review. The narrator did a great job.

I love the way Deborah canes introduced into the backstory of all the characters especially Bonnie. It was such a likable guy I love this story from more than just his love story with Madeline I also love the one he had with the poster and Nancy but most of all I love the one I had with him I laughed so much and by the end of the book I loved him and wished I could’ve went visit him. The only thing I didn’t like was that this book was written for a British narrator and they had an American one. He did a wonderful job I am just saying. This book is so worth getting I hope you experience the same joy I did while listening.