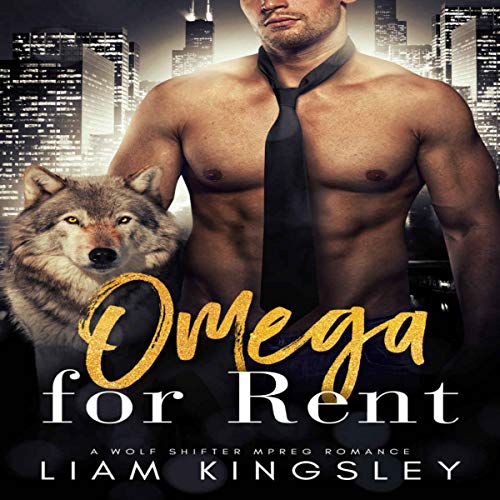 By: Liam Kingsley
Narrated by: Carl H Martens
Try for £0.00

It’s better to fake a relationship than be forced into one.... But what happens when the fake relationship starts feeling like everything you never knew you wanted?

Chase Cartwright has a problem - his dad needs him to date the omega son of an important businessman in order to close a deal. But omegas often form intense emotional attachments with alphas, and Chase, a commitment-phobe, isn’t willing to take that risk. He just needs to figure a way out of it....

Riley Lewis is an omega for hire, and he offers a specialist service - he can take an alpha knot without any of the emotional baggage. And now he’s got a client: a rich alpha who needs him to be a fake boyfriend. But Chase is adamant it’s just business. A fake relationship for show, to keep his father off his back. No sex. Definitely no knotting.

But what’s Chase supposed to do when the immediate connection he feels for the omega turns into a soul-deep craving to be close, too overwhelming to ignore? It’s all-consuming and beyond any kind of human bond, and the alpha will tear apart the world to keep it safe - both Riley and the new life they’ve created within him.

Because there’s a new danger lurking on the edges of their happiness, another alpha who’s obsessed with Riley, and he forces Chase into an impossible decision: How much is Chase willing to sacrifice to protect the man he loves and the baby he carries?

What listeners say about Omega for Rent

Off course the hired boyfriend doesn't stay fake for long :) I love these types of stories and this one wasn't an exception.
This one will keep you on your toes hoping for that happy ending. I just wasn't a big fan of the narration, but I think that can be very personal so give it a try if you love shifter mpreg stories :)

So good! I want more and I will be listening to it again and again!

This story had potential. Unfortunately, the narrator wasn't right for it. He's probably a wonderful narrator, but not for these characters, the characters were young but, his voice of them sounded vapid as if he were portraying elderly characters. ( no disrespect to our elderly) and each one of them sounded the same. I really had a hard time distinguishing who was who.😟

I was struggling with how a male gets pregnant. Plus the narrator wasn't good at changing voices for characters. Kept getting lost on who was talking.

Case is rich and Riley is a rent boy...

Chase is focused on his career and afraid to get close to anyone. Riley has no family and does what it takes to get by. He doesn't get involved with his clients. Chase needs a fake boyfriend to keep his parents from using him as bait to snare a rich man's omega and seal a merger deal. Where the story goes from there is an enjoyable ride that I loved from beginning to end. Every aspect of this audiobook was great!

This book is intense and had me on the edge of my seat at times. I'm glad it ended happy and sweet.
Narrator Carl H Martens does a wonderful job.

The story is predictable, and runs through all of the sweet, romantic feels. I was not the least bit upset over the easy to predict plot. It felt warm and cozy, like a hug from a dear friend.

Wealthy pater wants son to marry a particular business owner's son. Headstrong son refuses. Without a boyfriend to head off his dad, son hires a "boyfriend" for the weekend.

Hijinks ensue, including unexpected sex. And a birth control fail.

I am happy to have this story in my library. It is one I will reach for when I need sweet and comfy with a guaranteed HEA. Narrator Carl H Martens makes sure that happens.

Did the story keep me engaged: yes
Were there any parts I found annoying: Chase not standing up to his family.
Did I feel an emotional connection to the characters: yes
Would I listen to it again: yes

Good pace, interesting characters and enough going on to keep me invested. I liked that Richard was included in Chase and Riley's wedding and would be included in their children's future.

Carl H Martens did a nice job on the narration, I felt the emotions of the characters and enjoyed the audio experience.
I am becoming familiar with narrators giving each character a clear distinct voice, this isn't really one of those types of narrations. Each characters personality comes through differently which helps give a different voice, but the 'sounds' are the same.

I was enraged at Chase for not standing up to his dad, step mom,and anyone who would threaten his relationship with his boi Riley. Seeing red!!!
Chase could have lost everything because he waited so long to take action.on his feelings. I did like that David and Gloria both grew as characters finally in the face of death!! Wow! Great ending. I voluntarily listened to a free copy of this story and am giving an honest review. The narrator was good.