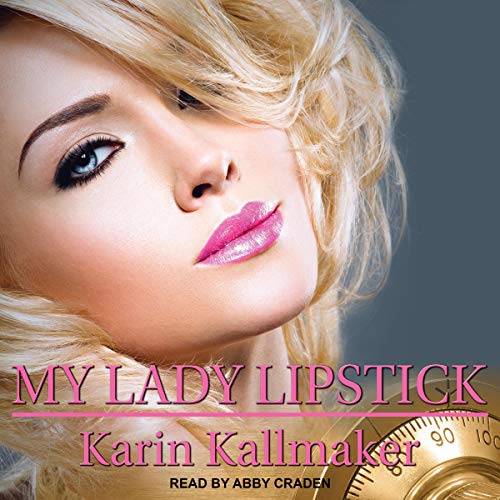 Anita Topaz, Queen of the Bodice Rippers, is deliberately a woman of mystery. But pressure is mounting for Anita to reveal herself to her clamoring public. It's scrutiny that writer Paris Ellison can't allow, especially since the glamorous "Anita" is a work of pure fiction.

Lady Diana Beckinsale excels at disappearing into a good role. Especially if that role gets her close to certain objects she desires. When Diana proposes the perfect solution to Paris' predicament, Paris is less than enthusiastic. She can't let someone as unsettling and observant as Diana get too close.

But Diana is persistent. After all, if she and the handsome, secretive Paris both get what they want out of an unorthodox arrangement, then it's a win-win for them both.

A lot of the reviews don't seem to offer much, so I wanted to offer some detail. It's revealed early on that it's a love story that involves a thief, so, I don't feel bad saying it. You have an author, who was a former game designer, who struggles with anxiety, who meets up with an actress/thief and the story ensues.

At first it seemed kind of slow and it may have been because I don't have anxiety, but in a weird way, the build up around the main characters struggle with anxiety reflects in the pacing.

There are some really exciting things in this story though that I want to highlight. First, I'm familiar with RPG games, as well as gamergate, there's referencing to this throughout and Paris (main character) thinks in terms of RPG video games, which was cool. Yet, of you don't play or aren't familiar with gamergate elements, it won't stunt the novel for you. Yet, for those who are, it gives a bit of excitement.

Second, the anxiety by a character is real and done in great detail. I know in some stories, like Melissa Brayden (who I love her stuff) anxiety is mentioned, but behaviors don't mirror it in the characters, nor is it carried throughout. In the case of this writing, it's there, pervasive, and done in a manner that I think communicates it very well. It also belies my own lack of understanding surrounding it, which, hey, that's good, I learned things!

Some steamy sex, but you would be better reading Radcliffe for that, if that's what you're looking for, it's not all throughout.

Definitely a solid read, and I really loved Abby Creighton's narration, so that was enjoyable. The story actually could have done well without the less believable elements of intrigue surrounding being a thief, but solid, and it's pretty sweet.

It could not have been better

Every time I read a Karin Kallmaker book I think it could not have been better, and every time it is up a notch. This one was entertaining, interesting, beyond imaginary. I loved it. And with Abby Craden’s sexy voice who could ask for more.

to what could easily be a long running series. The write up for this audiobook is perfect. It doesn't reveal too much. I'm not going to either but I will say it's worth the investment. The two main characters have good depth with the potential of other characters becoming fully rounded as the series unfolds...hint hint Karin!