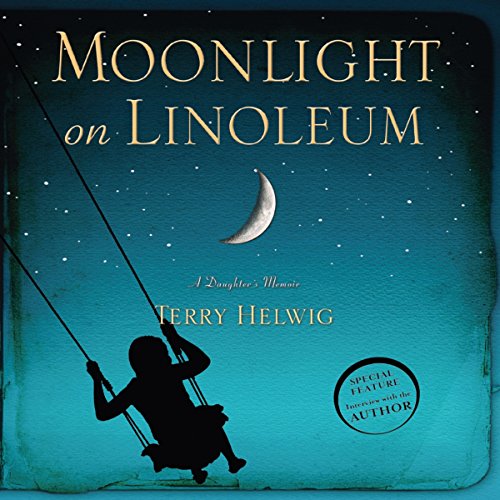 By: Terry Helwig
Narrated by: Ann Richardson
Try for £0.00

Even if others abandon you, you must never abandon yourself. This simple truth became Terry Helwig’s lifeline as she was forced to grow up too soon. Terry grew up the oldest of six girls in the big-sky country of the American Southwest, where she attended 12 schools in 11 years.

Helwig’s stepfather, Davy, a good-hearted and loving man, proudly purchased a mobile home to enable his family to move more easily from one oil town to another, where Davy eked out a living in the oil fields. Terry’s mother, Carola Jean, a wild rose whose love often pierced those who tried to claim her, had little interest in the confines of home and motherhood. In Davy’s absence, she sought companionship in local watering holes—a pastime she dubbed "visiting Timbuktu". She repeatedly left Terry in charge of the household and her five younger sisters. Despite Carola Jean’s genuine attempts to “better herself”, her life spiraled ever downward as Terry struggled to keep the family whole. In the midst of transience and upheaval, Terry and her sisters forged an uncommon bond of sisterhood that withstood the erosion of Davy and Carola Jean’s marriage. But ultimately, to keep her own dreams alive, Terry had to decide when to hold on to what she loved and when to let go.

Unflinching in its portrayal, yet told with humor and compassion, Terry Helwig’s luminous memoir, Moonlight on Linoleum, explores a family’s inner and outer landscapes of hope, despair, and redemption. It will make you laugh, cry, and hunger for more.

What listeners say about Moonlight on Linoleum

I say it's refreshing because regardless of how poorly she was treated... She still loved her mother and she still talked as kindly as she could about her.

I like that she left out a lot of the gory details that we can all assume happened. It actually needed a pleasure to read.
performance was excellent