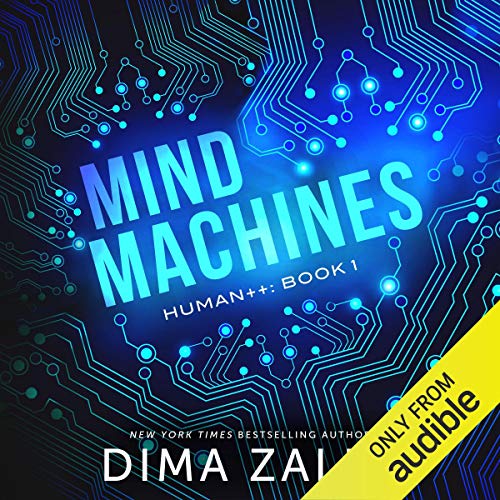 By: Dima Zales
Narrated by: William Dufris
Try for £0.00

A venture capitalist with a brain-damaged mother.

At 35, Mike Cohen lives the American dream. With billions in the bank and his own venture capital firm, he's succeeded beyond his Russian immigrant mother's wildest hopes. The only problem? A car accident that leaves Mike's mother with memory problems.

A technology that can transform the world.

Brainocytes, a new technology developed by one of Mike's portfolio companies, may be the answer to his mother's injury - and offer applications that push the limits of the human mind. Only Mike isn't the only one who sees its potential.

A ruthless enemy with a dark agenda.

When a routine hospital trial turns into a violent kidnapping, Mike is plunged into a criminal underworld darker than anything he could've imagined. From the streets of Manhattan to the nightclubs of Moscow, Mike and his allies will have to use all their ingenuity to survive...and save the one he loves.

What listeners say about Mind Machines

Decent book but ruined by the narrator

This would be so much better if it wasn't read the way it is. Words are being over emphasised as if there was an exclamation mark after each one. A bit like an American sitcom.

An exciting book, filled in

The technology talked about in this book is already in development and I hope it becomes widely available in my lifetime.

Imagine
... Being diagnosed with an inoperable brain tumor. You know it is a death sentence. BUT, HOLD ON, you just heard that the hospital closest to you has started using brainocites. Amazing. One injection and they go to work inside your brain, not only eliminating the tumor, but also boosting your intelligence and your energy levels.

Wouldn't that be amazing? No more people would need to die of cancer or other diseases, no more losing the person you love to the confusion of Alzheimer's Disease, no more people dying on the surgical table. There is NO DOUBT that these tiny robots are a modern miracle.

The problem is humans and humanity, or the lack thereof. New inventions often get appropriated by either the US Government, or by foreign powers who want to twist the miracle and to use it for nefarious purposes.

I loved this audiobook. The narrator had a great voice and was easily understandable. The pacing was as close to perfect as a person can get.

*"I received a free copy of this Audiobook from the Narrator.*

This was a great performance by William Dufris. His ability to change characters made this book so much fun.

Mind Machines is a great read with lots of action and humor.

I became so immersed in this i lost track of an entire day. A rare and great thing, escapism at its finest!
The performance was incredible, William Dufris is a brilliant reader/actor.
I would love this as a series...

I would say this book is 95% techno-thriller with a dash of romance thrown in, and I am all about it! Honestly, I’ve been tiring of predictable syrupy romance stories that barely hang together between sex scenes. This was the breath of fresh air I needed in the Audible Escape package. It was exciting, interesting, and fun. I’m looking forward to the next book, and hope it’s just as good! I recommend this for anyone who is missing their mysteries, thrillers, and adventure stories among all the man-meat novels out there.

To me, it didn't meet its potential.
As a science- fiction junkie however, I Enjoyed it.

They’ve created Nano technology to help boost memory for those who are elderly or had a brain accident. But when the patients cannot be found the real story begins. To save his mom he will go across the globe doing things he never thought he would.

For mature audiences. There is some swearing and scenes which might be disturbing to younger readers.

I found there was a lot of background detail but this is needed so you understand the technology and what is happening. I found the story moved forward at a fairly steady pace to lightning speed. There is some foreshadowing that cleaver readers will be able to see where the story might be going but there was still some surprises. It resolves well but cannot wait to read the next book in the series.

If anyone has read oasis I can see the technology being a prequel to tbay society!

A techno thriller with wit to spare

It was a little slow to start, but the pace quickly developed. A fantastic way to occupy your free time.

I have read 5 of this guys books, and they were all quick, effIcient and full of sci-if and technology. This book is very thin in all areas. I simply do not care if his mother is kidnapped, or what happens next.