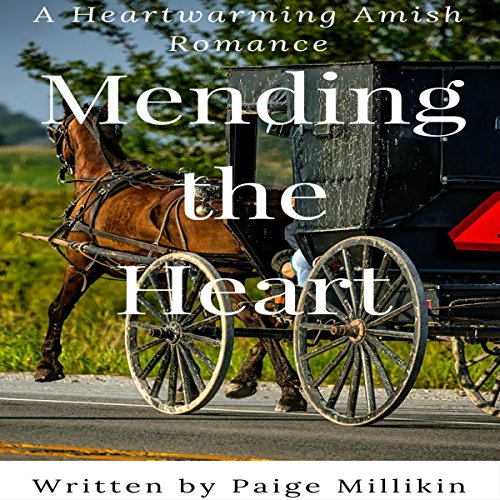 When Miriam received the news that she had been awarded the job of a lifetime, she immediately wanted to tell the love of her life, Kyle. Only he had some news for her too that would change what her winter would be like.

In the small Amish community of Cannontown, rarely anything out of the norm ever happens. Miriam was about to find herself caught up in the middle of the gossip trail for something she did not see coming. When Kyle suddenly disappears and evidence leans towards him being kidnapped, she calls on his best friend Jacob Stroker to help her find him.

Jacob finds himself in a precarious position. Does he help Miriam to find the man she loves? He can't say no, or the secret he has held in for so long will be made clear. As the snow signals the start of winter Miriam and Jacob find themselves on an adventure that would bring clarity to their lives. Will they be open to it?

What listeners say about Mending the Heart