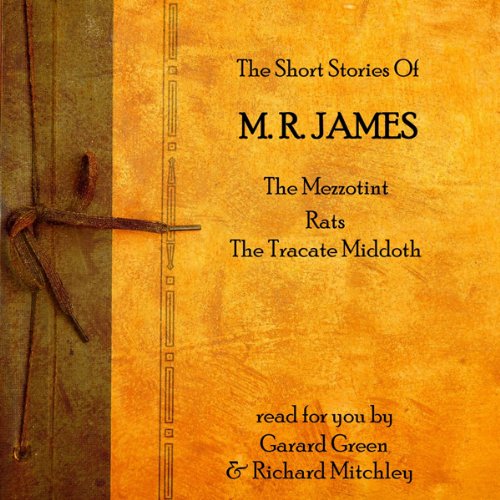 M R James is widely regarded as THE master of the ghost story. His stories abound with spectres skulking in the shrubbery, in shadowy corners and dark recesses. 'The Mezzotint' is a whimsical and apparently supernatural tale of art on the move; a dying man devises a gruesome plan for testing his heirs in 'The Tractate Middoth', and something is lurking under the bedclothes in 'Rats'.

These stories are read for you by Garard Green, who has worked extensively for the BBC and voiced more than 900 film and documentaries, and Richard Mitchley, who has worked in theatres throughout Britain as well as with the BBC and ITV and his own Mayfly Theatre Company.

What listeners say about MR James