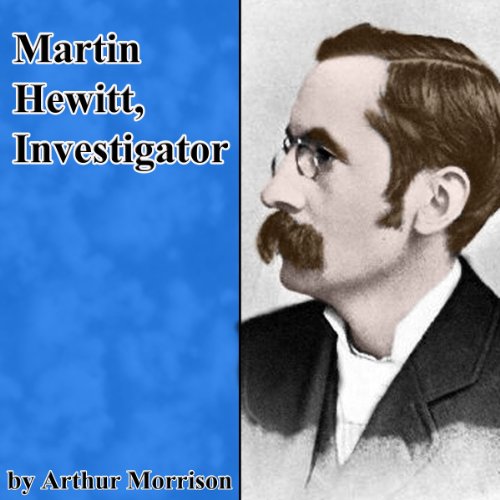 Fans of Sherlock Holmes will feel an immediate kinship with Arthur Morrison's Martin Hewitt, another literary private investigator who charmed audiences after Holmes met his untimely death. In this series of cases, voice actor Walter Covell performs Hewitt with a genteel conviviality, making it all the more appealing as he unravels mysteries using clever theories and common sense. Hewitt's brilliance often feels planned, as his hysterical clients and some well-orchestrated "a-ha" moments leave little room but for him to be a hero - and yet, he remains a classic figure in turn-of-the-century mystery fiction.

"Martin Hewitt is a genial Sherlock Holmes, a brilliant private detective who uses logic, minute observation, and then imagination and common sense to solve an odd assortment of perplexing crimes in nineteenth century England. His clients tend to be nervous types who overreact to crises, thus allowing Hewitt to be the calming, soothing presence. Even without sound effects this presentation is excellent as Covell narrates in a superb dramatic style, with multiple vocal characterizations. This collection of notably read stories will be enjoyable fare for many." ( Booklist)

If you enjoy the Father Brown or Sherlock Holmes style of detective fiction - the detective notices small, everyday details that others miss and pieces together the answer to the puzzle - you'll enjoy the Martin Hewitt stories. They're interesting puzzles, and I'd like more of them.

What prevented a 5 star rating was the narrator. He had a nice voice and he was able to distinguish between characters very well. However his delivery was sometimes very halting - as if he was reading something he'd never seen before and he was having to think out how to say something before the words came out of his mouth. It was distracting.

Still, they're worth a listen!

As with all collections I've read or listened to, some stories are better than others. This group has two that are outstanding, two that are fair. The rest are very good. I strongly recommend this to anyone who loves classic detective fiction.