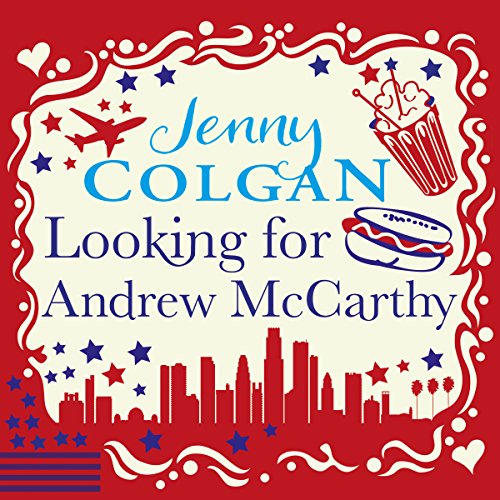 By: Jenny Colgan
Narrated by: Lucy Price-Lewis
Try for £0.00

'I'm wearing a beautiful pink dress, and I'm in a big pink room with billowing curtains...and I'm dancing to Orchestral Manoeuvres in the Dark...and my handsome partner leans over and whispers....'

Yes, '80s child Ellie really thought life was going to be like Pretty in Pink, St Elmo's Fire and all those other movies - where everyone was astoundingly glamorous, popular and successful, had huge apartments and lived happily ever after. But now that she and her gang are 30, she has to admit that things haven't quite turned out that way. When did horrible flats, difficult relationships and meaningless jobs take over? And, more importantly, what happened to the coolest, wisest, most inspirational Brat Packer of them all? Where is Andrew McCarthy now? Did life fulfil its promise for him? Is he happy on Channel 5? Surely he, of all people, can tell Ellie what to do about her thirty-angst.

Determined to get her idol to unravel some of life's great mysteries, Ellie sets out, unwillingly accompanied by her best friend, Julia, on a quest across the USA, from LA to New York, to find him. It's an unlikely epic, by turns hilarious, romantic and downright uncomfortable. But, helped by a cast of thousands, of whom Frosty the Giant Pig is probably the least improbable, they do find some answers, although not the ones they expected.

What listeners say about Looking for Andrew McCarthy

I found this laten so bad that I stopped it half way!
For the first time, I even returned it and asked for a refund...
I've listened to several books from Jenny Colgan and loved them, which is why I can't understand how dramatically different this was, in such a bad way.
Her characters are, most of the time, lovely girls who start their lives over and find happiness. The stories are usually simple and enjoyable for that reason.
This book however, tells the story of absolutely clueless English 30-year old girls acting and thinking like they've not even reach puberty. All along comforting the "drunk English girl" cliché...

I normally love Jenny Coogan but this is not her best. will try to finish it.

Jenny Colgan on a bad day

usually enjoy jenny Colgan. This one is horrible. the language is repeatedly strong and without any merit. Gave up on second hearing and won't bother finishing it. Hated it.

I usually love Jenny Colgans' books and thought this would be no different. I found it really hard to finish. The main character was really quite unlikeable. The situations she found herself in were beyond ridiculous and just frustrating.
Lucy Price-Lewis read it so well, hence the 2 stars not just 1 but even her fantastic performance couldn't save this disappointing book.

Would you ever listen to anything by Jenny Colgan again?

If you could play editor, what scene or scenes would you have cut from Looking for Andrew McCarthy?

those with the bad language

disappointing normally love jenny colgan books but not this one bizzare story line but i do have "love is a battle field" stuck in my head must be the 80s theme of the book.