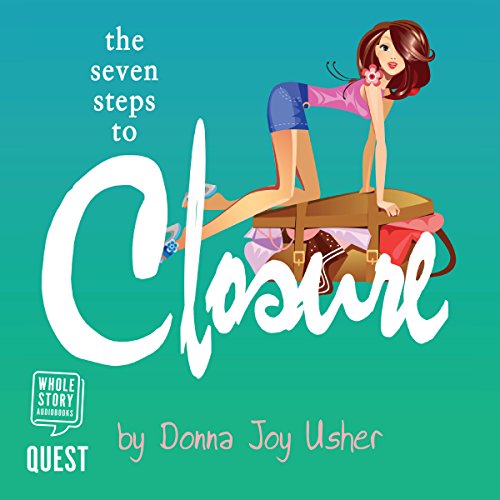 The Seven Steps to Closure

Tara Babcock awakes the morning after her 30th birthday with a hangover that could kill an elephant - and the knowledge she is still no closer to achieving closure on her marriage breakup. Things go from bad to worse when she discovers that, not only is her ex-husband engaged to her cousin - Tash, the woman he left her for - but that Jake is also running for Lord Mayor of Sydney.

Desperate to leave the destructive relationship behind and with nothing to lose, she decides - with encouragement from her three best friends - to follow the dubious advice from a magazine article, 'Closure in Seven Easy Steps'.

The Seven Steps to Closure follows Tara on her sometimes disastrous - always hilarious - path to achieve the seemingly impossible.

What listeners say about The Seven Steps to Closure

Thought it was a fun,witty listen.Love the Australian accent and the hilarious moments Tara seems to get herself into,but despite being a catastrophe magnet,she found the man that can’t be without her,life will never be dull for the two lovers and the best part,Tara got over her ex-husband with the fortunate advice she found from a magazine her closest friends urged her to try.With out her loving family,friends and the hunky one night stand who ended to being an acquaintance with another friend,she’s happier than ever.Cute story.

Charlie Sanderson is a favorite and the reason I bought the book. As always she was great! Cute funny story.

never laugh so hard before

a good laugh. i loved this book. and wish i was friends with tara. :)