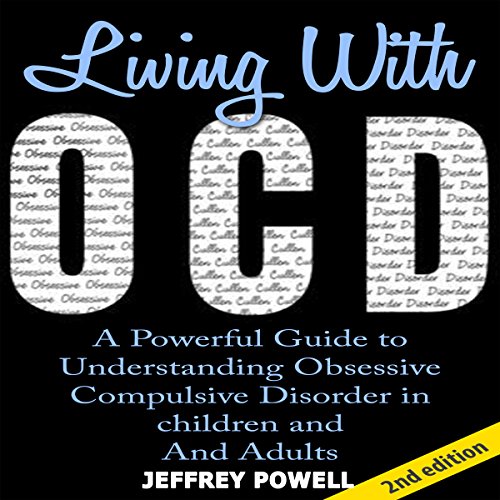 A Powerful Guide to Understanding Obsessive Compulsive Disorder in Children And Adults
By: Jeffrey Powell
Narrated by: Millian Quinteros
Length: 59 mins
Categories: Non-fiction, Psychology & The Mind
4 out of 5 stars 4.0 (3 ratings)

Obsessive compulsive disorder is quite a common thing that plagues a lot of people today. It is not an isolated case. You or your loved ones may have it as well. Knowing what you are up against can help you get better equipped for fighting this debilitating battle against your thoughts and actions.

Good book to identify what OCD is.

I was disappointed with this book because I was looking for a self help book for my OCD. This book will be beneficial for a person that does not know or understand what OCD is.

greatly enjoyed the book would highly recommend this to other readers. short and concise

This recording included some interesting information. Although the content was at times repetitive,I found it helpful. Unfortunately, the narration made it very difficult to listen to, and even hard to understand some passages. The narrator spoke clearly enough, but too quickly and so dispassionately that it sounded a bit robotic. And I'm quite sure that when he said "efficiency" at one point the correct word was "efficacy." Given the brevity of the book, if I were to do it over again I'd choose the print edition.