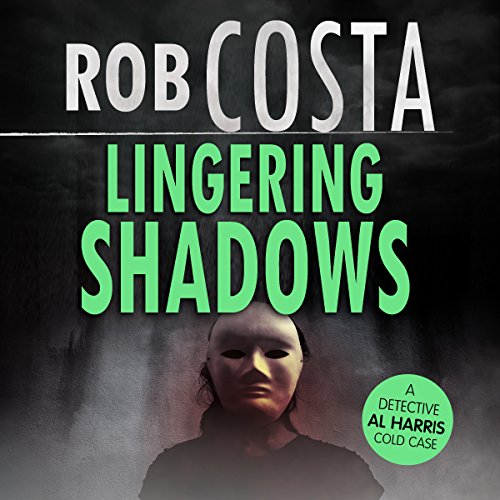 Could the mass suicide of a cult in the 1970s actually be the result of a cold-blooded murderer?

Striking a balance between the pros and cons of his job isn’t going to be easy, especially now that his reputation is growing. Harris has helped to solve a few more high-profile cases, and some people aren’t too happy about that. He thought that it would help get him more clients, and he’s getting noticed all right - by the wrong kind of people.

Plus, tensions are running high with the new chief of police Richardson. Richardson’s got a bone or two to pick with Harris, and Harris just might find himself with a few grudges of his own against the chief. As if his personal problems weren’t enough, Harris has another case to solve.

Back in the 1970s, cults were the big thing, and there used to be one just a town over from Woodlawn. Almost all of the members died in a mass suicide, but Harris is thinking it might not have been suicide at all but a vicious and cold-blooded murder.

What listeners say about Lingering Shadows

Al Harris is a detective, a private detective, having left the police force, cold case files secretly copied and removed. He did not get on well with the new Chief. Now, he doesn't even try.
Harris doesn't investigate marital problems or recent cases. He prefers unsolved crimes from forty years before. And in walks a man whose brother died in an apparent cult suicide in the 1970's. But Harris doesn't want to take the case ...

I was unfamiliar with both author and narrator but the book sounded interesting when I requested Lingering Shadows from the rights holder, via Audiobook Boom and was fortunate to be freely gifted a complimentary copy. What an excellent find. Just a short story, but packed with character as well as an investigation. The writing is vibrant, conversation natural and the whole perfectly interpreted by narrator John C.Snipes. His fairly deep voice is well articulated, with great intonation and he reads rapidly, giving great individual and appropriate voicings to each of the protagonists, female as well as male. An excellent performance.

This is a great little book for all who enjoy the P.I. genre with strong character presence and an unusual investigation. I enjoyed it so much that I immediately purchased the audio omnibus of books 1 - 3 in the series, despite it's being read by a different narrator. Sadly, I could find no other readings by Mr.Snipes, an oversight that I hope will soon be remedied..

This was my first Detective Al Harris book, so I jumped in right in the middle, and I have to say that it didn't seem to take away from the story. This short mystery left me wanting more and John C. Snipes gives a great performance that kept me enthralled throughout. I'll likely be listening to more of these!

Lingering Shadows, A Detective Al Harris Cold Case, Book 7 by Rob Costa was a good, quick mystery cold case listen. The story was well developed, though I felt I was missing a bit of the backstory since this was my first Detective Al Harris listen. Regardless of that though, it was definitely a cold case, as the "crime" took place back in the 70's. I say crime, because I don't want to give away the outcome of the case. If you're looking for an entertaining short story to take up almost an hour and a half of your time, I'd definitely recommend you take this one for a spin!

John C. Snipes did a good job with the narration. His voice was gravely and gruff, which I felt to be very fitting of what I would imagine Al Harris to sound like. He also did a good job voicing the other characters in the story. I was voluntarily provided this free review copy audiobook by the author, narrator, or publisher for an honest review.

The story is well written and the plot is interesting. I haven't read the other books in the series and it was clear that I was missing things because of that. The book is short so the backstory is limited, but there's enough that this works as a standalone book.

Al Harris comes across as very gruff and uncaring, I'm left wondering what really motivates him to solve cold cases, is it really about solving the puzzle, or is it about providing closure for people?

The narration is delivered well and the character voices are distinct and easy to recognize.

John Snipes is a great narrator.

I was provided this audiobook at no charge by the author, narrator or publisher in exchange for an unbiased review via audiobookboom com.

Lingering Shadows (A Detective Al Harris Cold Case Book 7) by Rob Costa was a good read. Detective Al Harris winds up looking into a mass suicide of a cult. He isn't positive that it wasn't murder. I enjoyed this book and can't wait to read more of this series.