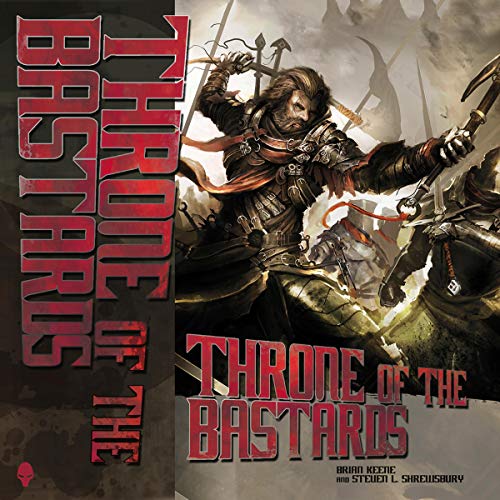 Throne of the Bastards

Sword and sorcery collides with horror once again in this sequel to Brian Keene and Steven L. Shrewsbury’s award-winning King of the Bastards.

Learning that his family is in danger, Rogan returns to his former kingdom, now under siege from foreign invaders and supernatural forces led by his bastard son. With time running out, the aging barbarian and his trusted companions Javan and Akibeel must forge an alliance of new friends and old foes, mustering an army to retake the kingdom.

Surrounded by savages, soldiers, demons, and dark magic, it will take all of their cunning, skill, ruthlessness, and courage to survive the slaughter and determine, once and for all, who shall sit upon the Throne of the Bastards.

What listeners say about Throne of the Bastards