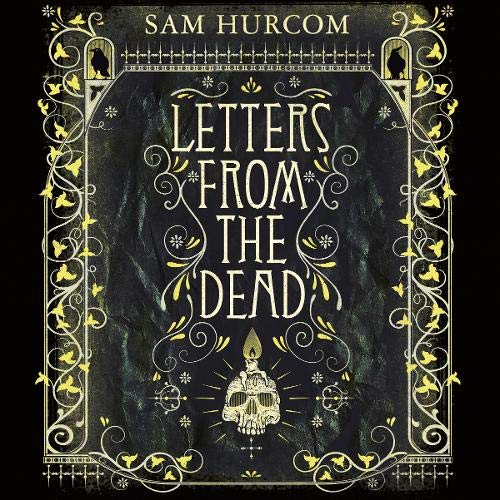 Letters from the Dead

The next stifling, atmospheric Gothic crime novel following one of the world's first forensic photographers - for fans of The Woman in Black, The Silent Companions and Little Strangers.

1905. A year after 'the affair' in Dinas Powys, Thomas Bexley has become a drunkard and recluse, haunted by terrible visions of the dead. But when news of a spate of extraordinary kidnappings reaches him, Thomas is shocked to learn that his dear friend and former mentor, Professor Elijah Hawthorn, is the lead suspect.

Discovering a plea for help from Hawthorn claiming to have unearthed a gruesome conspiracy at the heart of the Metropolitan Police, Thomas embarks on a journey to prove Hawthorn's innocence.

But wherever Thomas goes, he is followed by the dead, and as the mystery of Hawthorn's disappearance deepens, so too does Thomas's apparent insanity....

How can Thomas be certain of the truth when he can't trust anybody around him, not even himself?

What listeners say about Letters from the Dead

This is a new author for me. The book had no reviews but I gave it a shot anyway. The story is good, very descriptive, had a good twist and I liked the ending. That said, it was a bit slow getting there. I do enjoy good character development, but this was a bit more than needed.
I really enjoyed the narrator! He was very good at telling the story with emotion and changing his voice slightly for each character.
I would recommend this book for people that like scary, ghosty stuff and a good story.