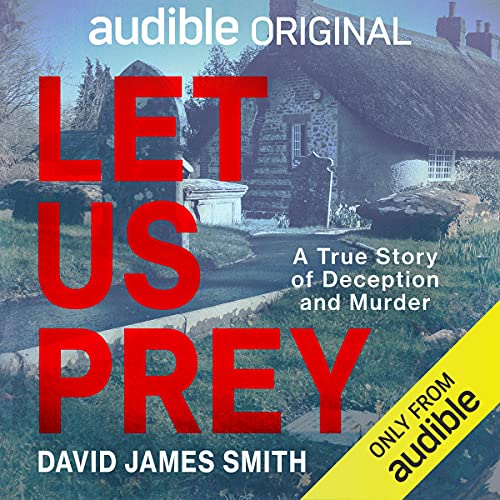 Ben Field was good looking and charming, and as a passionate English literature student, knew the power of words to seduce. In the village of Maids Moreton in Buckinghamshire, 69-year-old Peter Farquhar, an eminent teacher and author, found Ben’s presence irresistible. They set up home together, underwent a ‘betrothal’ ceremony at a church, but all along Ben was gaslighting his partner and secretly poisoning him. A year later Peter was dead.

Ben moved on to a neighbour in the same street, Ann Moore-Martin, who also fell helplessly in love with him. All the time Ben was setting her up to redraft her will so that Ben would benefit on her death.

Remarkably, Ben described in intimate detail his manipulations and scheming, his perverse fantasies and desires in numerous journals and diaries, providing a unique insight into the mind of a psychopathic personality.

This is an extraordinary story of corruption and evil within a seemingly cosy English middle-class setting. Combining the forensic attention to detail of Truman Capote’s In Cold Blood with the rural whimsy of an Agatha Christie novel, Let Us Prey is an astonishing account of one of the most bewildering and fascinating murders of modern times.

What listeners say about Let Us Prey

This book deals with Ben Field, one of the most disturbed and disturbing individuals ever to emerge in the pantheon of criminals. His manipulative, devious and dastardly doings not only deprived two people of their lives through the most unimaginable suffering but also left dozens of people including friends, family and associates shocked, disturbed and traumatised. Ben Field was a psychopath and by reading this book, you will get to understand what a psychopath is capable of. They live within our communities and they can tarnish our lives in so many ways. This book is read by the author himself, and whilst I generally like an author to read their own work, I was particularly disappointed with this performance. The narration is dry and without expression, there is not much emotion or voice given to the characters and I would have spent the time more profitably reading the book as an e-book. For a potted version of these events, you might want to look at the Channel 4 documentary in the footsteps of a killer, the episode diary from the grave deals with this case.

This was interesting listen...spoilt by narration, the one tone narration could have been better and a different narrator would have made a difference, nevertheless a good book

Terrible reader a monotone and deadly dull. Didn’t get past a few pages. Pity as it looked like a good read

Appalling. Audible should never have published this

As if it’s not enough to have been duped, drugged, tortured and murdered, this author drags up details of the victim’s lives which should have remained confidential. Why on earth should he have the right to publish the records from PF’s counselling sessions for example?

This is disgraceful, mawkish and shameful. How disappointing that this scurrilous bilge has been given a platform.