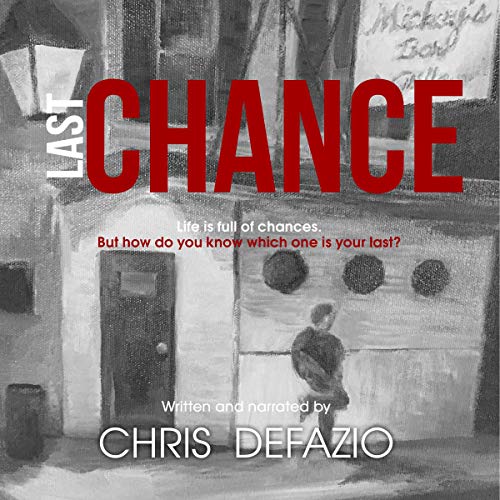 By: Chris DeFazio
Narrated by: Chris Defazio
Try for £0.00

Life is full of chances. But how do you know which one will be your last?

Two-bit thug Jimmy McKinnon navigates the mean streets of Quincy, Massachusetts. He's roiling internally and would do anything to escape the prison his hometown has become for him. How far will he go and who will he betray to get his hands on a three-million-dollar payday? How will he deal with his junkie hairdresser girlfriend and his overbearing mother? How will he elude Fat Mickey, his gang's second-in-command, and the private eye who's following him? Does a street punk like him stand a chance in outsmarting Quincy's crime lord, Smiling Bobby D?

What listeners say about Last Chance