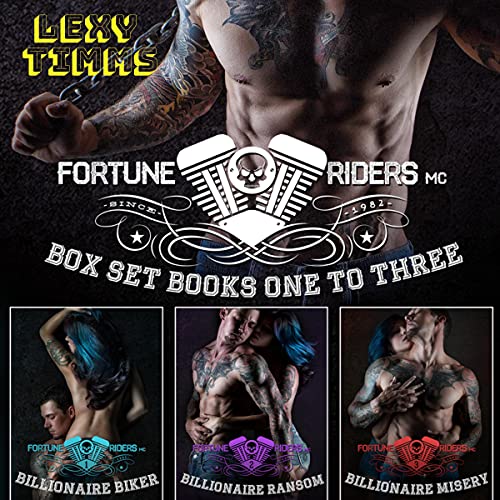 "I look at you and I see the rest of my life in your eyes. I'll love you. Forever."

Katie's not the usual rich girl, and Morgan's not your typical biker. The two collide at a bar, and then bump into each after Morgan leaves the scene of a terrible crime.

Falling for one another is inevitable, but when the truth of who Katie is comes out, will it change everything?

Katie was hoping for a happily-ever-after with her bad-boy biker, Morgan, but nothing is ever that simple. The war between the Orphans, Morgan's club, and the Outkasts, has been averted by the exile of Craig - Morgan's former second-in-command and best friend since his foster system days.

However, Craig is not the only man angry with the lovers. Katie's rich and powerful father, Blake Wilkes, will stop at nothing, even putting a hit out on his own daughter, to make sure that it's the Orphans who take the fall for the brutal slayings Wilkes ordered.

This sets into motion a daring plan that will put the proof of Wilkes' deadly intentions into the light.

Caught in the crosshairs of power, money, and revenge, Katie and Morgan will have to risk everything in order to find their happily-ever-after.

Craig desperately wants to help absolve Morgan of the murders that have been pinned on him, and prove that, while he had committed a great wrong, he was still down to ride with Morgan all the way to the end of the road. But things get complicated quickly when Jessie, a stunning woman with a secretive past and a body that won't quit, rides into Craig's life as part of the OutKasts, one of the Orphan's biggest rival crews.

It doesn't take long for sparks to fly between the two, but can love survive dark secrets that can and will change everything and test not just their love, but their divided loyalties as well?

Katie's not your usual rich girl, and Morgan's not your typical biker. Falling for each other is inevitable, but what will happen when their worlds collide?