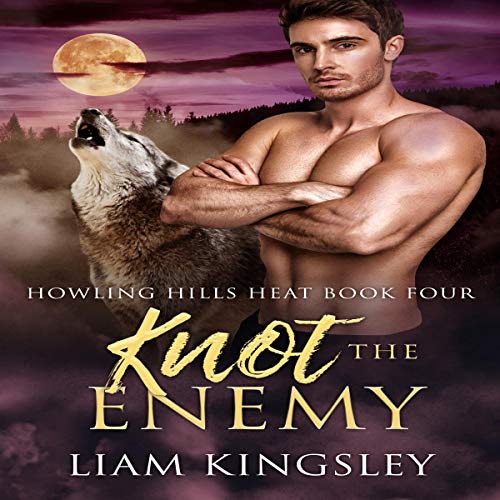 Devan Puckett is a rising star in the culinary scene. A well known chef with his own cooking show, he lives and breathes meats and vegetables, grains and fruits...and his years-long rivalry with Ori Wilson.

Ori Wilson is a confident omega. Sassy and irreverent, he's not about to let any alpha show him up...especially not Devan Puckett. He's been overshadowed by that particular alpha enough - first in culinary school, and then by Devan's commercial success.

When the local network pairs Ori and Devan together for a show test-tasting their way across California, neither man believes it will pan out. They're at each other's throats constantly - which turns out to be exactly what the viewership wants.

The pressure is on to deliver as the ratings climb the charts, but when Ori finds himself going into heat mere hours before an important shoot, will simple biology be the undoing of their joint career? Or will the animosity between them spark into something far more dangerous - and delicious?

Knot the Enemy is a wolf shifter mpreg romance audiobook with a guaranteed happily ever after. It is the fourth audiobook in the Howling Hills Heat series, where finding your fated mate isn't just a dream - it's destiny. This audiobook and every other audiobook in the series can be listened to in any order.

This is the first book I've "read" in the Howling Hills Alpha series, although other characters are mentioned (I assume from previous books) this stands well on its own.

Devan Puckett is a culinary podcast star and is offered a TV series with his rival Ori Wilson, taste testing at restaurants across the country, hopefully with some tension and sass thrown in between the two of them - reality TV at its best. Ori is an omega and will not be bested by Devan's Alpha status. But, Ori soon requires Devan's assistance when his heat strikes unexpectedly and they then discover there is a fine line between love/hate and being fated mates.

The page-count did not allow for depth of character or story line, it was an easy, light insta-love of enemies to lovers, with plenty of smexy time and humour. However, it did seem a little rushed in a couple of places - there didn't seem to be any real transition, it was enemies to fated mates within a few paragraphs and the "claiming" was a bit of a let down.

I did like both MC's, even though Devan was an arrogant selfish arse on a number of occasions and Ori went from being a confident and cheeky omega to stereo-typical meek and mild - which was a little confusing.

The narrator Chris Shaunan was easy on the ears and his accent was melodic and intonation was pleasant even when there was little change in tone for the different characters, it was still easy to identify them.

Overall, this was a enjoyable few hours spent. The story ended on a HEA, which left me content.

If you like a side of sass and a sweet HEA you have found your next book. This a fast moving series lighthearted fun.


Would I listen to it again: yes
Did the story keep me engaged: yes
Was I invested in the characters: yes
What did I like about the story? fun story with a good pace and likeable characters. The banter between Devan and Ori was amusing.

Devan and Ori are both strong personalities, ambitious and know what they want - and who they don't. Mother Moon on the other hand has a different opinion. Although there is a lot packed into just two and a half hours, i would have liked more backstory and detail on the development of the relationship for these two.

Narrator comment: I enjoyed Chris Shaunan's narration and think he has done a good job narrating Knot the Enemy. I had no problem distinguishing characters or feeling the emotions of the story.

Keep your friends close and your enemy even closer

Enemy to lover can be both fun and frustrating. Throw in some very steamy scenes and you have an enjoyable story. Thrown together as co-hosts of a food show after being long time rivals Devan, the alpha, and Ori, the omega, are in for a stormy start. I enjoyed the story, characters, and narrator. This is one of the best in the Howling Hills Alphas series.

I always enjoy stories from this author. I'm fond of the main pairing. I found the couple's banter amusing and interactions with each other sweet.

I liked listening to this narrator; he did a good job.

I'll continue with the series and recommend it.

I don't know why I waited

I have read all of the other books in this series, both before and after. For some reason, however, I didn't read this it. When I had the opportunity to review a copy for free, I took a chance. I can honestly say I don't know why I was avoiding the book because I found it to be enjoyable. The characters were likeable. My only problem with the book was that when one of the characters was a TOTAL JERK the other forgave him way too quickly to seem realistic. If you would like a quick, enjoyable read, give this one a try.

Short and sweet, and a little hot too!

This was a really short story and it was very basic but it was hot as well as being pretty cute at certain parts. My gripes are more with the production of this; there was audio interference two to three different times (you know like that noise when your phone is too close to a speaker and it sounds like a high pitched beep) and I also noticed that the narrator repeats the same lines twice in a row at a few points. In my opinion, this is just laziness on the part of whomever produced the audio and I have no petience for that nonsense whether I'm pay . 99 or 99.00. Other than those few issues, the narrator made the audio worth it anyway with a nice voice and believable inflections. I don't think I'll buy the whole series at the moment but probably at some point. Oh, and don't use a credit because you can buy it outright for less.

I love a good enemies to lovers book! And I love cooking shows! This has the best of both worlds, wink, wink! Both main characters have strong personalities, both are ambitious and both will fight each other for what they want... Until the don't. Excellent story development and narration!

Nice addition to the series. I like Ori's spunky attitude. Devan made some huge errors and it seemed that Ori was a little too quick to forgive. I loved how the entire pack showed up for the baby shower. I would've liked to have seen why Ori and Devan fell for each other. What made them open their eyes and what did they notice about the other that made them fall in love? There are some fabulous moments and super spicy ones. I'm looking forward to seeing them in the next book.

Devin, an alpha and Ori,an Omega, have had a rivalry going for years. Then they're both signed to costar in a reality food show. They seem to work well with each other although the rivalry is intense and the singers as they try to outdo each other can be hysterical. Then It's hit heat hits and Devin defines to help him out. To their surprise they are farted mates. Then Ori gets pregnant and all heck breaks loose.
Chris Shauna is a wonderful narrator whose voice brings Devin and Ori to life!
Fantastic audio and story

Thin line between love and hate

These two have been foreplaying for a long time and never even knew it. They have a stronger relationship with each other and the backing of family friends for help.