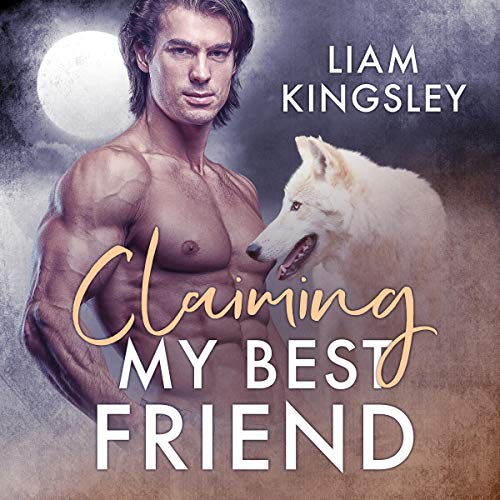 By: Liam Kingsley
Narrated by: Nikola Muckajev
Try for £0.00

The pain of unrequited love. The seduction of a second chance. Can these two wolves overcome their doubts to claim each other?

Ryker’s been away from home for six long years, undergoing the rigorous training required of the next pack alpha. Now he’s back, ready to take his place as the leader of Blackwater’s wolves and to claim the man he’s always wanted to be his mate.

Austin can’t remember a time when he wasn’t attracted to Ryker, but when Ryker left town, so did Austin’s dreams that they would, one day, be together. When fate gives them a second chance to rekindle their friendship, Austin is eager to get to know Ryker all over again. But when a spurned suitor tries to interfere in their budding relationship, can these two lovers stand together against a wolf who wants to divide them?

If you like small hometowns, second chances, a dangerously hot alpha claiming his fated mate, and male pregnancy, you won't want to miss the first audiobook in the new Blackwater Pack series. This audiobook has a guaranteed happily ever after and can be listened to as a stand-alone!

What listeners say about Claiming My Best Friend

Start of a new series

I loved this Best friends to lover story. A wonderful start to a new series, can’t wait to listen to the other books.

Austin has been in love with his best friend for years. Ryker had no clue and he left for college to become the Alpha select. Great concept on a shifter world by the way. Their love brews slowly, even after a heat episode. They have problems to solve, an abusive parent, a stalker and being the new boss of a pack is not an easy task. I found it quite enjoyable.

interesting and sexy.. narrator did a good job with these characters.. i enjoyed listening to this story and "seeing" it in my head. very good and i enjoyed it

I really loved this story, the characters were great and the ending was very satisfying but what really wowed me was the narrator! He was PERFECT! His voice was emotional but not silly. I don’t know how he could read all the sex scenes out loud like that lol Bravo!

If you like romance, alpha/ omega male/male relationship stories... then buy this! I'm about to binge the whole series!

Friends to Lovers and Second Chances

A wonderful first look into the Blackwater Pack. When Austin goes into heat, his longtime friend, Ryker, helps him through it and they find out they're fated mates. This story is full of action, love and coming together as a pack. I can't wait for the next story from Blackwater.
Narrator Nikola Muckajev does a wonderful job.

Nice start to a new series

This was a good story no matter what but I highly recommend reading it first rather than starting with book 1 in the series. Not only does it provide world building to help understand the framework for the series but knowing about the events and characters in this book make the next one more enjoyable. It’s not required to read it first but is well worth it.

Good story, good plot, but the characters could had a little bit more character. So it got a bit flat and fast.
Enjoyably narrated

Great start to a new series. I enjoyed everything about it. The sexy times were hot. There isn’t a lot of angst. Just a sweet friends to lovers / second chance love story. . I really digged the narrator Nikola Muckajev. I want to hear a lot more from him.

Read before Claimed By My Protector!!!

The narrator was great. The storyline was on fleek. I wanted these two together as I read the summary. BUT read this before Claimed By My Protector or Austin and Ryker's story is spoiled for you from the get-go. Loved it!

Loved this book. perfect narrator. Can't wait for the next book. Seems like I found another great author.

This was hard fought and won second chance, but not due to the two best friend main characters. Many around the couple had their own agenda and selfish evil ulterior motives! Despite all the evil, Austin and Ryker remained solid in their love for one another and I found that commendable. The narrator did a good job .