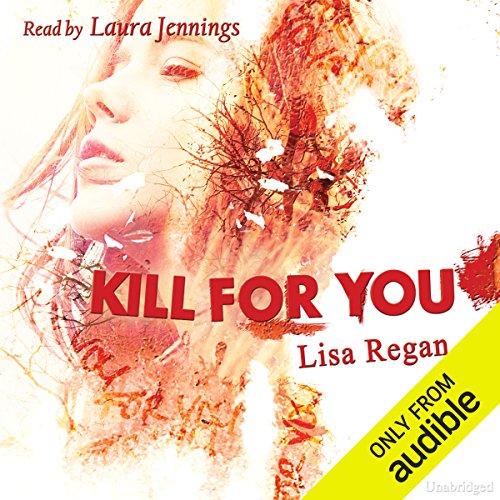 By: Lisa Regan
Narrated by: Laura Jennings
Try for £0.00

The case chills Kassidy, bringing back memories of her own encounter with a violent criminal five years earlier. Kassidy's mentor, legendary agent Talia "The Confessor" Crossen knows the task force assignment is Kassidy's chance to prove to her colleagues that she belongs in the Behavior Analysis Unit. For five years, other FBI agents and profilers scoffed at Kassidy's appointment to the BAU, believing she was only offered the position in exchange for her silence about the brutal assault that almost killed her.

The stakes rise when the task force links the killer's signature to Kassidy. As more and more bodies turn up, Kassidy must delve into her past and the mysterious death of her twin sister, which holds the key to uncovering the killer's identity. The closer Kassidy comes to finding the killer, the closer she comes to a deadly confrontation that could cost her everything - including her own life.

What listeners say about Kill for You

What’s with the breathy whispering?

Well I’ve tried to read this book twice since downloading it yesterday. I’ve loved the Josie Quinn books and binge listened to the lot in about a week. So looking forward to reading something else by this author.
This looked quite interesting, but that narration is, to me, frankly awful. I ended up reading something else whilst letting the book run on, which I never usually do. Will mark this narrator as a no no going forward. So there is no way I can actually rate the book as I didn’t get past the first couple of chapters, but as I had stopped listening I’m not sure how far I got!
Thank Audible for their returns policy and wing it back.

I really enjoyed this book very much, the plot and the characters was very well thought out. The narrative was pretty good except the narrator kept whispering! This meant that for most dialogue sections the voices were difficult to distinguish.

I enjoyed this book. It was different. It had twists and turns and held my attention. I thought the narrator was excellent. Her tone was on the soft spoken side and expressed each character differently. It was really nice. I hope to hear a lot more from her.

Dull, predictable and listening to that narrator was painful. Don’t waste your credit or your time.

Just couldn’t get past the narrator’s voice...

While I’m sure the book is good since Lisa Regan is a great author, in my opinion, I could only get to chapter 3. The whole thing is narrated in a raspy whisper. I thought the sample chapter just sounded like that because it was a specific scene but nope, the whole thing (I clicked on different chapters further in to see). If you like the raspy whisper then you’ll probably love the book.

Thrilling til the end

I love that the action begins immediately. the story is really good. ot actually had several sad parts which I wasn't expecting. I enjoyed it. I am very fond of this writer and her style.

Narrator whispers thru the story.

Absolutely the most terrible narration I have ever heard. Could not get to the third chapter. I can't believe anyone would put out such a poor product.

story was okay but the narration was the worst. she whispered most of the time and made the characters sound old. would not recommend this one.

Loved the narration. The story was great. Well worth a credit. Hope this character is developed into a series.

I have listened to 543 books over the past couple of years and I have to say this was one of the worst books I’ve listened to by far. The reader has this raspy whispering voice that is so bad! I have listened to several of Lisa Regan’s book and loved them. Don’t wait your time on this one.

loved it. started a little slow but ended up to be very good. I would recommend

best read this summer. couldnt. stop listening.had me on the edge of my seat.was heart stopping.