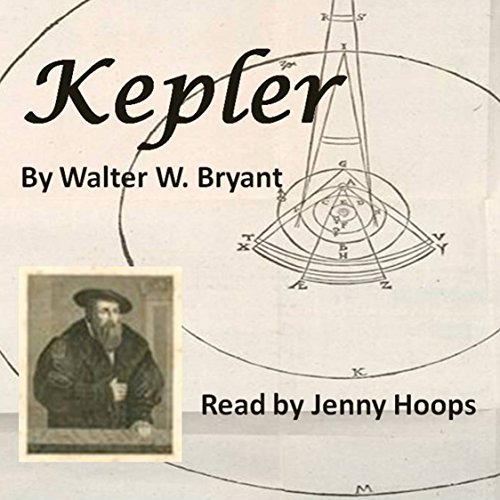 Kepler is the perfect audiobook for science and history geeks! In this delightful biography of one of astronomy's greatest stars, Walter W. Bryant brings to life the story of John (or Johannes) Kepler, who discovered the physical laws that govern the motion of the planets and stars.

Kepler's life in the early 17th century was filled with themes common to even today's modern scientists: securing funding to continue his work, finding colleagues who agreed with his theories, avoiding persecution by the church. Kepler lived in a world filled with outbreaks of the plague, mysticism, religious wars, and dangerous ideas about the universe. Yet, through careful observations using primitive instruments, he was able to discern the three laws of planetary motion that bear his name, which are as true today as they were 400 years ago.

Bryant captures the essence of Kepler the man while describing the events and theories that led to his remarkable insights into the workings of our universe.

What listeners say about Kepler