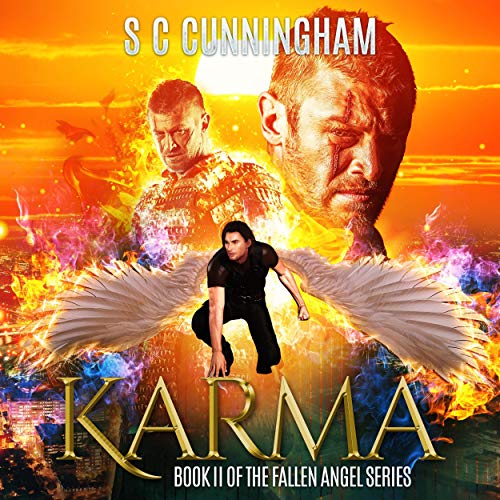 Feisty Amy Fox meets the infamous Witness Warrior Warlord Qyl. Kidnap, revenge, and murder are the least of her problems. She's a new angel, but for how long? Abusing her powers, lusting after her partner, avenging personal scores, protecting the underdog, dishing out unauthorized karma on terrorists, traffickers, abusers, hunters, bullies, bitches, and competing warlords will have her thrown below ground.

At the age of four, Amy was taken. She survived.

A week later, another little girl was taken. She didn't.

Angry that a bad man has gotten away with murder, justice-seeking Amy makes a deal with the heavens. When she dies, if she’s been a good girl, would they let her sit on a cloud for a while - invisible - and get the bad people who slip through God’s fingers?

She awakens in the afterlife to discover an international network of like-minded souls who’ve all made the same deal. A sophisticated MI5-esque justice machine sits in the skies. The only evidence they leave behind during their earthly visits is a small white feather sashaying to the ground.

In a chaotic world of vendettas, with jealous exes on her heels and powerful adversaries trying to close her unit down, Amy has never worked so hard in her entire earthly life. She has to wonder if making the deal was a mistake.

What listeners say about Karma

After Amy finds out her death was manipulated by Gregori to get back at Maggie she has 2 hours before she’s returned to her life . Amy and Jack go on one last mission together then he returns her to her life . Amy has no recollection of what’s happened and thinks she just had nightmares then she meets Alice and gets dragged into the last thing her and Jack worked on. Really enjoyed listening and I’m hoping there’s going to be a book 3.

I really like this book series. I love the story line, I like the characters and the concept is fantastic.
The book can be quite dark. Definitely not for someone looking for something light hearted all the way.
The characters are believable and I enjoyed the development of them.
The dark parts are quite uncomfortable, because I felt it too much at times.
However, with that being said, the author is really bringing light to just how dark the world can be. It's uncomfortable but it's happening and this brings awareness.. I just thought it was a tad too much at times.
Absolute kudos to the narrator who was able to read through those difficult and graphic scenes whilst keeping steadfast with the characters, their persona and their emotions.. Great job... I'm looking forward to book 3