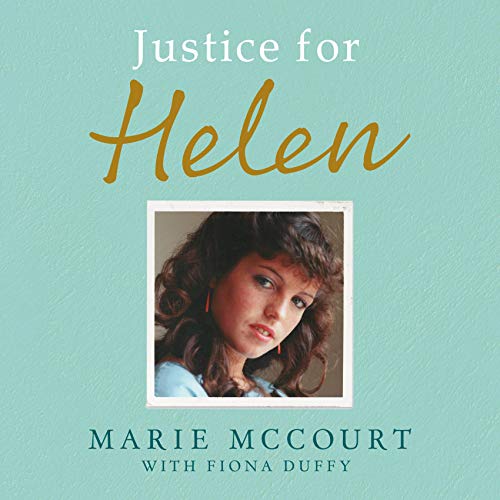 By: Marie McCourt,Fiona Duffy
Narrated by: Sue Jenkins
Try for £0.00

Burying a child is every parent's nightmare. But Marie McCourt has spent 31 years yearning to do just that.

On 9th February, her 22-year-old daughter, Helen, left her office in Liverpool city centre and began her usual commute home. But she was never seen again....

Within days, local pub landlord Ian Simms was identified as her murderer. Despite Helen's body not being found, a mass of incontrovertible DNA and witness evidence at his trial 12 months later resulted in a life sentence.

Simms has refused to disclose the whereabouts of Helen's body, meaning Marie and her family have never been able to get closure. They've never had a grave at which they can pay their respects.

For the last 30 years, Marie has fought to find her daughter's body and to stop other families facing the same horrifying fate. Her tenacity has meant that Helen's Law - 'no body, no parole' - is due to be passed into law.

This is the incredible story of the crushing devastation of a mother, callously taunted by her daughter's murderer, who found the strength and determination to change the law.

What listeners say about Justice for Helen

This was a honest and moving story. It opens your eyes to the gaps in law towards the victims. I found the different voices done by the narrator a little off putting though.

What an amazing book, written by an amazing lady.
She is so humble and strong, this book was full of emotion for her loss that she turned into an amazing law that will help protect families from the torturous searching of missing murdered loved ones.