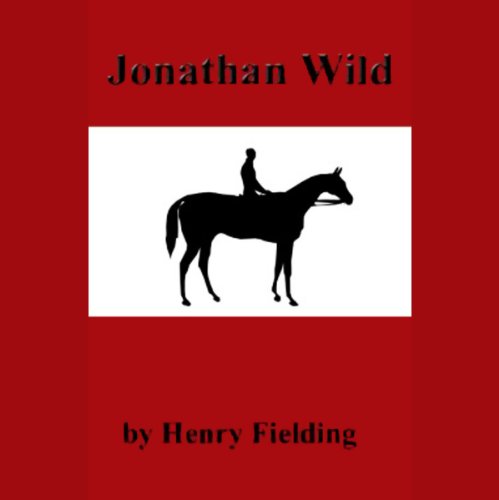 By: Henry Fielding
Narrated by: Jill Masters
Try for £0.00

The real Jonathan Wild, born about 1682 and executed at Tyburn in 1725, was one of the most notorious criminals of his age. His resemblance to the hero in Fielding's satire of the same name is general rather than particular. The real Jonathan (whose legitimate business was that of a buckle-maker) like Fielding, won his fame, not as a robber himself, but as an informer, and a receiver of stolen goods.

He was a great organiser, and he controlled various bands of robbers whose lives he did not hesitate to sacrifice when his own was in danger. Naturally he was so hated by many of his underlings that it is a wonder he was able to maintain his authority over them as many years as he did. His rascality had been notorious a long time before his crimes could actually be proved.

That Jonathan Wild is for the most part a magnificent example of sustained irony, one of the best in our literature, critics have generally agreed. Admirable, too, is the ironical humour, in which Fielding so excelled, and which in Jonathan Wild he seldom drops.

What listeners say about Jonathan Wild

This point of this book is hard to grasp so I went to Wikipedia to pick up the main idea. That helped a lot. It is a satire on politicians of the early 1700s that shows how "great" politicians are just like great criminals. Altogether, it shows the power of humor to attack political enemies (in this case, Prime Minister Horace Walpole).

I got onto this book by listening to Tom Jones by the same author. That is a great book which I better recommend. It has the same extraordinary writing and a pretty good story.

Jonathan Wilding is better viewed as an example of great satire that could be used today. It is in the line of "Onion" newspaper.

Somebody needs to make a movie here, although I doubt they'd match the mystery and insight of the story and its main character. Such perspective and wisdom in short story form I doubt has ever been exceeded.

Boring, boring, boring. The narrator talks in a dull monotone and after a brief while, you don't even care about the character she is speaking about. Sorry I spent my money on this one.