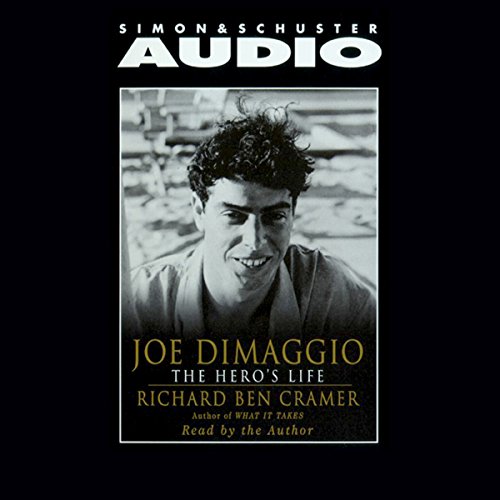 In the hard-knuckled '30s, Joe DiMaggio was the immigrant boy who made it big. He was the dominant star in the New York Yankees dynasty. As World War II loomed, Joltin' Joe launched a 56-game hitting streak - and the nation literally sang his name. In the age of postwar ease and plenty, he became Broadway Joe, the icon of elegance and class - marrying Marilyn Monroe, the most beautiful girl in America.

In 1962, when he lost that girl for good, Joe was everyman embarking on a decade of national bereavement. Joe DiMaggio mirrored our best self, but he was also the loneliest hero we ever had. A nation of fans would give him anything, but what he wanted most was to hide the life he chose.

In this groundbreaking biography, Richard Ben Cramer presents a stunning, often shocking portrait of the hero nobody knew. It is a story that sweeps through the 20th century, bringing light to America's national game, movie stars, mobsters, as well as the birth - and the price - of national celebrity.

This is the story that Joe DiMaggio never wanted to tell. It is the story of his grace and greed, his dignity, pride, and his hidden shame.

What listeners say about Joe DiMaggio

This book is about 2/3rds baseball and 1/3rd Ms. Monroe. I enjoyed the book, but found it one of the sadest stories I've heard in a very long time. Joe was a great baseball player, perhaps the best. But, at the end of the day I was glad I didn't have his life.

Richard Ben Cramer will always be known as the great political writer of What It Takes. It is, after all, the best piece of presidential political writing in America. Here he writes a brilliant biography of Joe DiMaggio which is both tender and enthralling. The true heroine here is Marilyn Monroe and makes one pine for Mailer's book/photo essay on her. One will miss the short, erudite oeuvre of Mr. Cramer.

First off I didn’t know that this was going to be abridged until after the final sentence. The whole story was only four hours. I would say more than half of it was Joe’s unhealthy obsession with Marilyn Monroe. I wanted to hear more about Joe DiMaggio the man than countless stories about Marilyn Monroe. I wonder if there was an unabridged version whether they were talk more about Joe.

Very interesting book. I have read just about everything on Joe D and this was a great take on his life. Very well done!