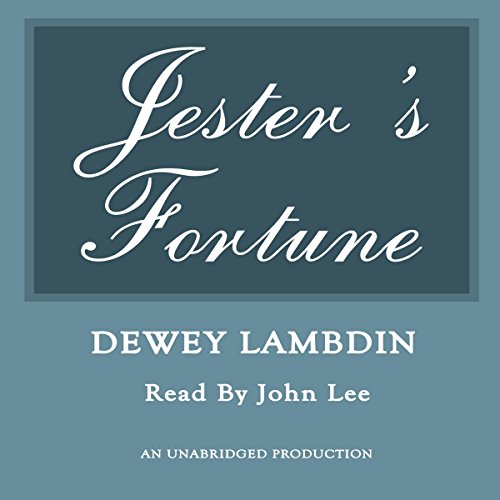 It is 1796 and a diminutive, Corsican-born French general has inherited a ragtag army and turned it into an unstoppable fighting force. Within months, Napoleon's storm rolls across Italy and strikes a lethal blow against the Austrian empire.

But while the soil of Piedmont and Tuscany runs with blood, another battle takes shape on the mysterious Adriatic Sea. Alan Lewrie and his 18-gun sloop, HMS Jester, part of a squadron of four British warships, sail into the thick of it. But with England's alies failing, Napoleon busy rearranging the world map, and their squadron streched dangerously thin along the Croation coast, the British squadron commander strikes a devils bargain: enlisting the aid of Serbian pirates.

What listeners say about Jester's Fortune

Book eight of the series

Jester is a great name for Alan's ship

What made the experience of listening to Jester's Fortune the most enjoyable?

Well, the cast of characters work well together and Allen has got to keep his pants on

What other book might you compare Jester's Fortune to and why?

What does John Lee bring to the story that you wouldn’t experience if you just read the book?

Who was the most memorable character of Jester's Fortune and why?

Look forward to reading them all

Jesters Fortune - next in the series Kings Capt

Although Jesters Fortune was most enjoyable the next in the series Kings Captain is missing from Audible. The Audible series skips to Sea of Gray missing the continuation of the series (Kings Captain). I would recommend that you purchase Kings Captain and read it before starting Sea of Gray. If not you are unsure how Jester's ends and the new ship and his promotion begins.

Great series, and a nice addition this one is.

Need the rest of the series on audible! Is a real letdown not to be able to continue the adventures of Lallan Lewrie :/

Where does Jester's Fortune rank among all the audiobooks you’ve listened to so far?

This is the eighth book in the series which is very entertaining. Unfortunately the next book is not available in audio formate. The one after that is in audio but its hit and miss from then on. I did read the entire series and I am currently reading the latest book on my kindle. I should say that most of these I read several years ago. As far as ranking I can't decide. It's like one continuous story. Some exciting times, some not so much, but fun and entertaining.

What other book might you compare Jester's Fortune to and why?

Have you listened to any of John Lee’s other performances before? How does this one compare?

Just the other Lambdin books. He is excellent.

Lewrie at his best

Where does Jester's Fortune rank among all the audiobooks you’ve listened to so far?

One of the best reads in the series. I didn't know any of napoleon's history.

What was one of the most memorable moments of Jester's Fortune?

Have you listened to any of John Lee’s other performances before? How does this one compare?

As usual -great. John Lee is one of my favorite narrators.

If you could rename Jester's Fortune, what would you call it?

Audible needs to complete the series - all of the lewrie tales.

If you can start from book 1 and finish it all the way through, I do believe you will love this one. The entire series is just too good not to finish. Hope you enjoy it as much as I do.

I hate the narrorators ascents!

the last few books in have been annoyed with the reader. His ascents have become annoying and hard to understand.

Not the best in the series!

A good story spoiled by too much dialog in accents that ate too hard to understand and follow!

2 Dozen for the Narrator

Very good story told in Mr., Lambdin's wonderful style but the narrator COMPLETELY missed the mark with his totally inept pronunciation of the Austrian translator and very poor handling of the Croatian characters. Fortunately the author has provided sufficient ancillary narrative to permit a full understanding of the meaning of the conversations.