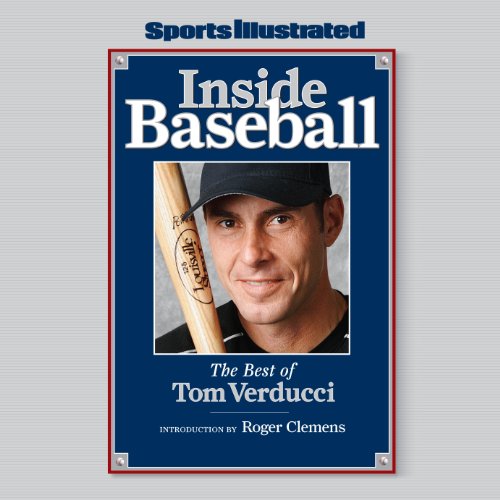 The Best of Tom Verducci
By: Tom Verducci
Narrated by: Ax Norman
Length: 9 hrs and 34 mins
Categories: Sport, Other

No sport has inspired better writing than baseball, and no one writes baseball better than Tom Verducci.

As Sports Illustrated’s lead baseball writer since 1993, Verducci has witnessed the achievements of the game’s greatest heroes and told their inspiring stories with unmatched passion and sophistication. He has enriched SIs readers with an insider’s perspective on the game, examining subtle shifts in the ever-changing balance between pitchers and hitters, between slumps and streaks, between sacred records and the athletes trying to break them. Despite his deep affection for baseball, however, Verducci has never shied away from the hard truth about the game: His landmark piece about steroids, for instance, changed the baseball landscape forever.

These 25 pieces span the generations from Sandy Koufax to Roger Clemens, from Ted Williams to Barry Bonds. They chronicle the important trends in the game and celebrate baseball’s brightest stars and most breathtaking performances. They are the best work of a writer at the top of his game.

If you could sum up Inside Baseball in three words, what would they be?

The book is wonderful but the narrator should practice the correct pronunciation of the names. The narrator seemed to have issues with the names of some of the New York Mets like Teufel and Ojeda, and the name of a savings bank/town in Maine (e.g., Penobscot).

What was one of the most memorable moments of Inside Baseball?

Would you be willing to try another one of Ax Norman’s performances?

I really enjoyed the book up until the moment the mispronunciations began. Then it became an ordeal. I wanted to get to the end of the book as fast as possible without any more flubs by the narrator.