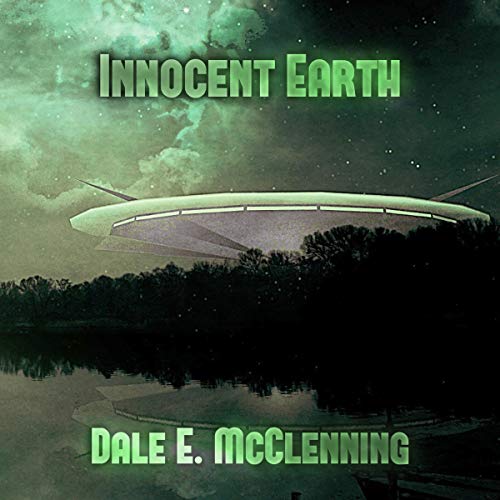 By: Dale E. McClenning
Narrated by: Catherine Fitzsimmons
Try for £0.00

Earth has attained world peace at last. Overseen by the World Council, based in Jerusalem, the planet has truly become a global community, and humanity has reached an age of enlightenment.

This is the time when the visitors arrive.

Wielding near-miraculous technology, they arrive claiming to have seeded Earth with humans, and have returned to claim "their own." Their claims and their appearance seem prophesied by the Bible, and religion and politics clash as arguments break out about whether these visitors have the right to take people, even as it becomes apparent that humanity could do little to stop them.

Arhus Gint is a lowly translator working for the esteemed World Council when he happens to catch the attention of an ambassador, and the visitors. Suddenly, a man with no political aspirations finds himself at the centre of negotiations between the World Council and the visitors. As tensions rise and people on both sides of the argument become more desperate, Arhus wonders less if he can keep his job throughout it all and worries more if he can even keep his head.

"Readers will enjoy this high-tension story of a troubled near future." (Publisher's Weekly)

"Intelligently observed and peopled with well-drawn, believable characters, the plot delivers an unusual perspective on a much-visited subject. A thought-provoking work and a welcome addition to the genre." (Reader's Favorite)

What listeners say about Innocent Earth

Intriguing storyline. Would have much preferred a male narrator, since 80% of the cast is male. Would also have enjoyed one that could do accents effectively. Certain that the book is better than the Audible version.