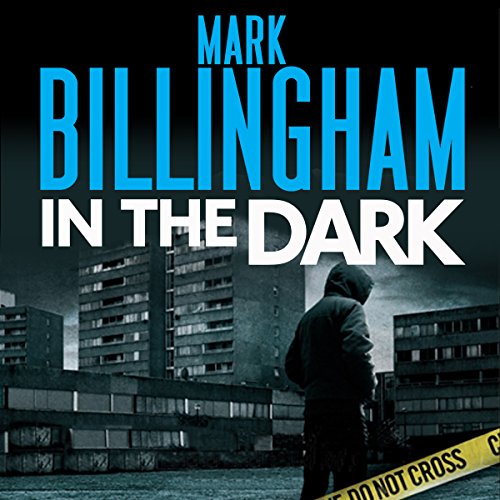 By: Mark Billingham
Narrated by: Adjoa Andoh
Try for £0.00

Now a major BBC TV drama, In the Dark is uniquely disturbing thriller from the number one best-selling creator of the Tom Thorne novels

Discover one of the two masterful hit novels adapted for the massive new BBC One Drama series In The Dark, featuring brilliant heroine Helen Weeks - continuing in number one best seller Time of Death.

A rainy night in London. Shots are fired into a car which swerves on to the pavement, ploughing into a bus stop. It seems that a chilling gang initiation has cost an innocent victim their life. But the reality is far more sinister....

One life is wiped out and three more are changed forever: the young man whose finger was on the trigger; an ageing gangster planning a deadly revenge, and the pregnant woman who struggles desperately to uncover the truth. Two weeks away from giving birth, how will she deal with a world where death is an occupational hazard?

In a city where violence can be random or meticulously planned, where teenage gangs clash with career criminals and where loyalty is paid for in blood, anything is possible. Secrets are uncovered as fast as bodies, and the story's final twist is as breathtakingly surprising as they come.

The hugely acclaimed latest novel in Mark Billingham's best-selling series, Love Like Blood, is out now.

What listeners say about In the Dark

Absolutely brilliant cannot wait for the tv show next week! Helen weeks is portrayed very well in this book

Superb, taut thriller right up to the final pages. made even better by the narration. I wish Adoja was on more of his books

Goodish book but the narrator's droll is rather dire and although he is reading it as I am sure the writer wanted it just adds to the monotony. Rather slow paced and this makes it drag.