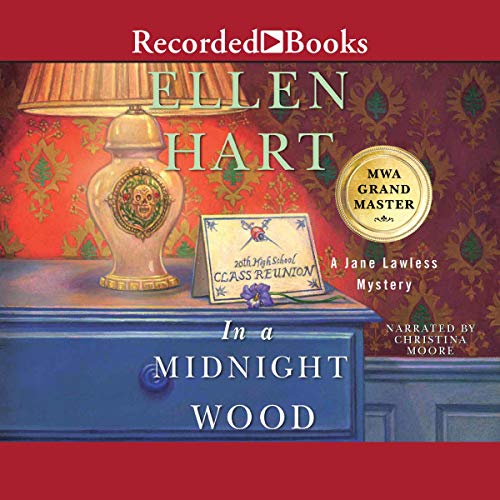 In a Midnight Wood

By: Ellen Hart
Narrated by: Christina Moore
Try for £0.00

Minnesota private investigator Jane Lawless is headed to the small town of Castle Rock for a little getaway. She and Cordelia plan to visit an old friend, participate in an arts festival, and look into a cold case that has recently come on Jane’s radar - thanks to a podcast Jane is now involved in which looks into Minnesota cold cases.

In Castle Rock, a high school senior named Sam went missing in 1999. Everyone thought he ran away, though the town rumor mill has always claimed the father killed him. In the present day, within a week of his 20th high school reunion, Sam’s remains are found. People who knew Sam, and those around him, will be in town for the much anticipated reunion. It’s up to Jane to sort friend from foe, before it's too late.

What listeners say about In a Midnight Wood

i have listened or read all of the Jane Lawless books, i really enjoy them!