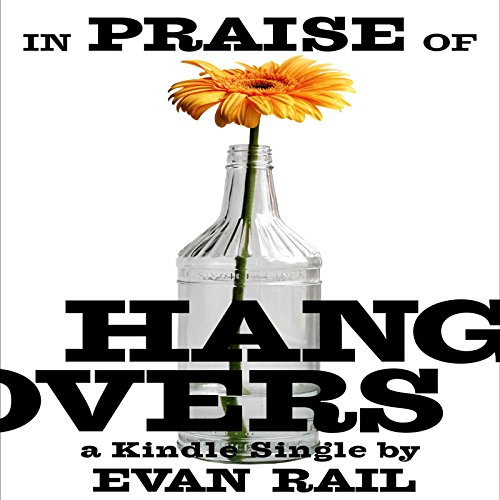 In Praise of Hangovers

Everyone hates them...and yet just about everyone has them, at least sometimes. In the United States, 11.6 million employees have reported going to work with a hangover within the previous 12 months. Although the first use of the word "hangover" in terms of alcohol only dates to the year 1904, literature is rife with references to what happens after too much booze, from the Book of Isaiah to the poems of James Wright. But for something so ubiquitous and commonplace, so constant and familiar, our miserable mornings after remain relatively unknown, chronically under-researched and almost universally despised.

In this personal essay - a spirituous blend of philosophy, theology, history and biochemistry - Evan Rail sings the praises of the bad morning, arguing that a well-made katzenjammer can change our world and ourselves for the better, allowing us to find at least some good in feeling very bad.

Drink tons of water, lie down in a quiet place and explore the meaning of misery with this intoxicating follow-up to the best-selling Why Beer Matters.

What listeners say about In Praise of Hangovers

A Great Listen About A Bad Time

Evan Rail's quite enjoyable essay on hangovers- available on Kindle- is made even more engaging with his own narration for the Audible edition. Mr. Rail's easygoing verbal style makes the lighthearted, if occasionally ponderous, contemplation of the heavy subject all the more enlightening. The friendly and throughly informed musings on the downs and ups of over-imbibing reveal some of the realities of the misery, as well as touching upon the less-than-apparent benefits.