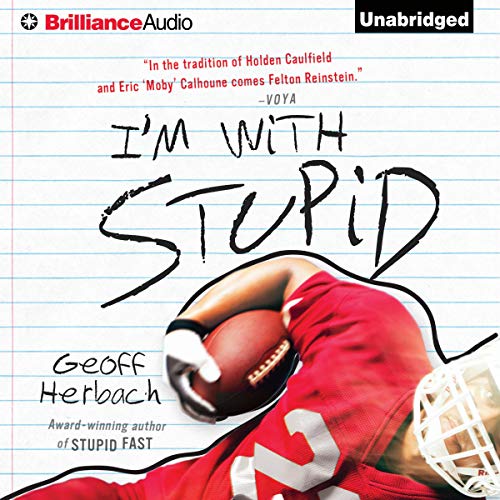 Felton Reinstein has never been good with stress. Which is why he's seriously freaking out. Revealing his college choice on national TV? It's a heart attack waiting to happen. Deciding on a major for the next four years of his life? Ridiculous. He barely even knows who he is outside of football. And so...he embarks on The Epic Quest to Be Meaningful.

What listeners say about I'm With Stupid