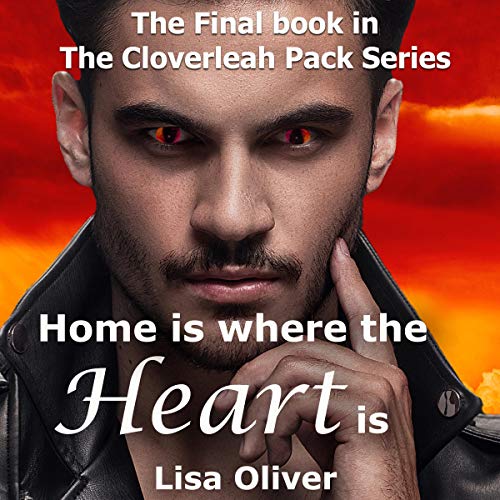 Home Is Where the Heart Is

All Cloverleah Pack Enforcer Wesley (Wes) wanted the night he went out was to have a few drinks, maybe find some company, and try and forget his worries and insecurities for few hours. The drinks flowed and he found the company; a gorgeous man with a mysterious scent, who seemed to completely understand the anger, shame, and jealousy Wes was hiding from his pack mates. Unfortunately, Wesley didn't understand how badly he'd been conned until he woke up the next morning alone in a cave.

Fast forward months later and Wes discovered the wards that had held him captive from day one had suddenly disappeared. Not one to dither when a chance to escape presented itself, Wesley set off, sometimes on two feet and sometimes on four...looking for a way out of a barren realm that held nothing but red sand and black rocks.

Cass enjoyed being a demon from a large family. The Underworld was good to him; he had a job, a house, and he didn't lack for company. Unfortunately, his carefree attitude tended to get him into trouble at times and when his brother Myka insisted on him paying back a "favor" he’d incurred through a badly placed bet, Cass had no choice but to agree. It sounded simple enough. Meet with the snobby and reclusive members of the Cloverleah Pack, find out about a missing wolf, and then search for that wolf in the Underworld. Cass figured he could be home in time for his mama's Sunday dinner.

Finding Wes wasn't the problem, but Wesley had stumbled onto a situation of his own he couldn't leave. What was worse, was when Cass was forced to tell Wesley about why no one from his pack had been looking for him before, Wes knew he had no way of ever going back to the life he had. The fact that Cass and Wesley were fated mates was hard to celebrate as Wes tried to cope with the loss of his pack status and the implications of his current situation.

What listeners say about Home Is Where the Heart Is

So sad the main series is now over but it was wonderful to listen to this book and the narration was better than it was for the rest of the series.

Hopefully, the remaining books in this series will be available on Audible in the near future as it's been an incredibly long wait and Don't Tempt Fate has been available for months on other platforms!

I didn't like this audio book, I thought it was a disappointing end to the series. Parts of it were OK and I'm not sure if it was the narrator who didn't do it justice but I thought parts of it were, even for this genre, just plain childish.

amazing story with so much heart. westly steals the show, and cass isn't bad either ;) great ending to cloverleah, need more wes and cass though