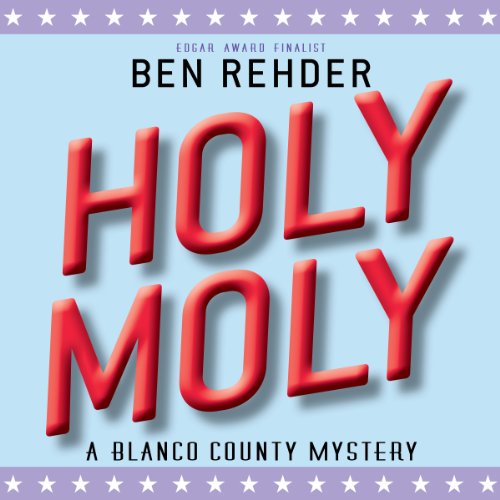 When televangelist Peter Boothe decides to build a megachurch on the banks of the Pedernales River, he thinks his biggest problem will be a few unhappy neighbors. However, when backhoe operator Hollis Farley unearths a rare fossil on the construction site - a discovery that could lead to plenty of embarrassing Darwinian publicity - the cover-up begins. Soon, Farley is dead, shot in the back with an arrow, and Game Warden John Marlin is asked to help with the case. What he and the local deputies find is a suspect list of biblical proportions: Could it have been the bitter geology professor? The private fossil collector with a somewhat unusual fetish? The minister’s wife who takes the Commandments rather lightly? Or the geriatric environmentalist with a mean right hook? Nothing is sacred in Rehder’s most laughable satire yet, a twisted tale of greed, corruption, infidelity, and, yes, paleontology.

I usually love Ben Rehder’s books and laugh out loud at times but I found this one difficult to follow.
I’m sorry to say I won’t be buying anymore preformed by Robert King Ross. Perhaps with a different author but not Rehder’s books.