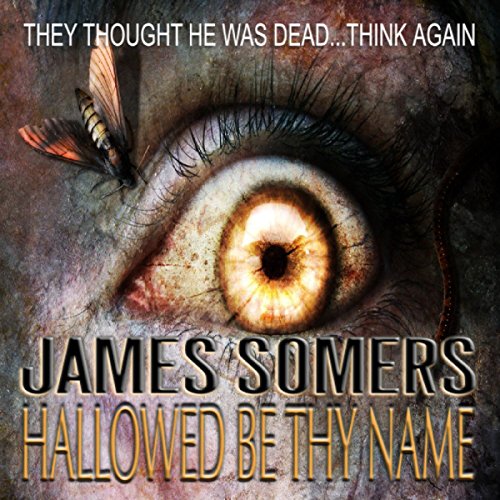 Hallowed Be Thy Name

Hallowed Be Thy Name

Hallowed Be Thy Name:

Feeling sure he has finally cracked the secrets of man's evolution, Dr. Trenton Hallowed uses himself as a guinea pig for his new genetic mutagen. He soon finds himself upon the threshold of unbelievable power. But a vicious beast is waking within him. An increasing number of people turn up brutally murdered in the lower districts of the city as Trenton celebrates new success. Jonathan Hallowed, the victim of a mob hit during one of Trenton Hallowed's exhibitions, wakes in a morgue drawer wrapped in a body bag. His flesh is riddled with bullet wounds, yet he lives. Jonathan must figure out what has happened to him and why the police are calling his cousin, Trenton, a vicious murderer. Even worse, Jonathan may be the only one who can stop him.

Bred as a genetically enhanced weapon, Samuel Stokes has just become too powerful to control. While those who made him seek his destruction, others desire his power for their own gain. Samuel strikes back at anyone deemed a threat to his survival, but he's awakened an evil that has been waiting 30 years to be set free. Meanwhile Jonathan Hallowed wakes after 30 years to a changed world. He finds a catastrophe that has set his old nemesis free. Now he must find a way to end the game once and for all or die trying.

New bonus excerpt from The Serpent Kings by James Somers.

"James Somers is one of my favorite authors. His pacing, creativity and the unique spiritual perspective he brings to his stories never disappoints." (Jeremy Robinson, author of Pulse and Instinct)

more graphic than his others, but keeps you on your toes like usual. Thankful for a clean novel by a God fearing author