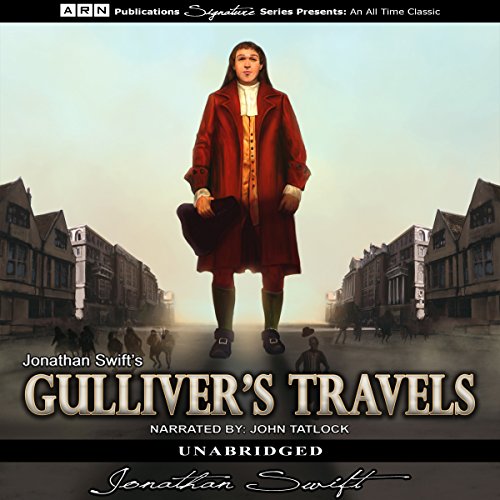 Jonathan Swift's classic novel about the loveable Lemuel Gulliver is one that is taught in high schools around the country, and for good reason. Gulliver, who is a surgeon aboard a ship, thinks that he is about to embark on a run-of-the-mill voyage to different ports. Throughout his journey, however, there are a few events that take place that redirect his ship to unfamiliar islands. Not only are they unfamiliar to him, but they are inhabited by natives who are shaped and sized much differently than he is. His mistaken voyage to the island of Lilliput, for instance, yields an encounter with the miniature Lilliputians, who are only six inches tall. The second voyage, by contrast, causes him to have a run-in with a band of giants, who capture him when the other members of his fleet escape.

Despite the seemingly unfortunate events that befall him on the high seas, Gulliver learns important lessons throughout the encounters with these strange people. Spread out over four books in total, Swift's classic is written as a parody and satire of the sailor's tales that were popularized years ago. Gulliver's Travels concludes each book with a heart-warming return to his beloved England, and Gulliver is a changed man because of it.

Great book gets a great narrator a MUST listen

It is much easier to listen to GT than read it, because I read fast and the sentence construction does not lend itself well to that style. I've listened to this 3 times now. Tatlock does a masterful job with keeping up the flow, an even narration, he does not do any other voices, but 90% of the text is Gulliver or Gulliver recounting what other people said.