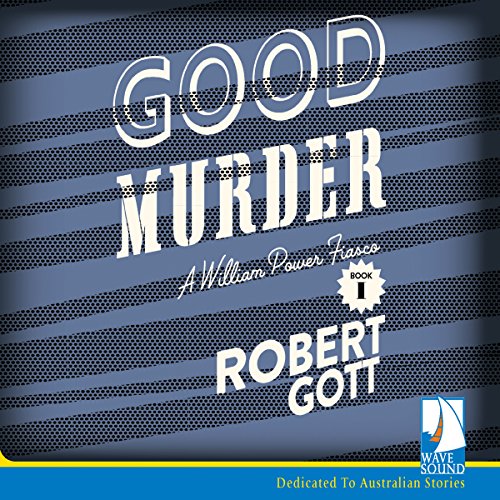 It's 1942, and war is raging in Europe and in the Pacific. The Japanese army is on Australia's doorstep, and the small coastal Queensland town of Maryborough is on full war footing. What they are not prepared for is the arrival in the town of a troupe of incompetent actors whose unjustifiably self-confident leader, William Power, is determined to bring his daring production of Titus Andronicus to the barbarians of rural Australia.

Unfortunately for the Power Players, the only gift William Power has is a capacity for being in the wrong place at the wrong time. When a young woman goes missing and is found floating dead in the town's water supply, Power becomes the prime suspect in her murder.

With every misplaced step he takes, he becomes more and more embroiled in a series of crimes which baffle the police and horrify the locals. Having no confidence in the constabulary, Power decides that his only option is to solve the crimes himself. His acting skills are not good; his detection skills are worse.

As he stumbles towards a solution and as his injuries mount up, he never wavers in his belief that he alone can bring the killer to justice. But with every day that passes, he tightens the noose around his own neck until, on the night of a violent storm, everything changes. And not for the better.