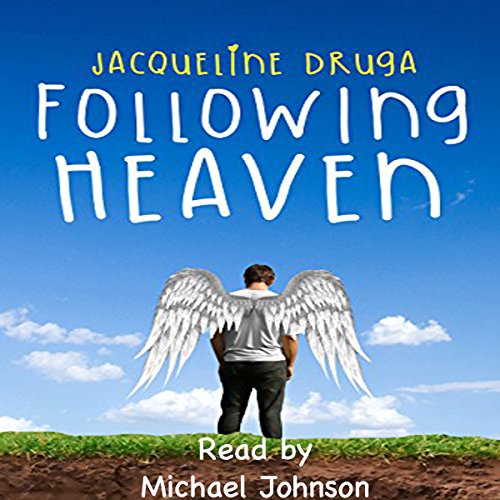 By the time Nick Morris realizes the grave error he made in leaving his wife Jessica, not only has she happily moved on but, unfortunately, Nick dies.

Nevertheless, because of the manner Nick passes from this earth, he is given a grand opportunity and afforded the chance to be Jessica's guardian angel until he earns his wings.

Nick believes that hanging around Jessica just a little bit longer isn't that bad of a deal until he realizes Jessica can see him and things get complicated. The mission is not an easy one and in order for Nick to acquire his heavenly status of "Angel." He and Jessica must work together to save their teenage son.

They have one chance and more than just heroics, it will take unselfishness, something Nick has proven time and time again that he is incapable of showing.

Nick quickly finds out that if he thinks life on earth is hard, life after death is even tougher.

What listeners say about Following Heaven

Highly recommend to anyone looking for a great short feel good fantasy book. The narration is terrific as he perfectly captures the emotions of each of the characters!

From the beginning of the book, I just fell in love with all the characters. This book had me laughing and crying. This was an easy book to listen too. The Narrator did an fantastic Job. I am never disappointed with a Jacqueline Druga book.

I enjoyed this book quite a bit. There was a lot of dry humor and the banter between the ex-wife and dead ex-husband was great.

There were two mistakes made with the audio, but nothing too annoying.

I recommend this book.

This is a story of hope with a smile. Now we know that angels come in any shape and size and that cursing is not alien to them either... I found myself smiling a lot while listening to this audiobook. It is a different type of fantasy book where love weaves a web of discoveries and memories. It is truly enjoyable as we learn to love and discover the protagonists while being witnesses to their failings and accomplishments. Nick is the most unassuming and unconventional angel ever in pursuit of his wings without truly wanting them. Trips in and out of probation and purgatory for his propensity to swearing, makes him even more likable for his supernatural "humanity". Job well done by both author and narrator who did a fantastic job in his interpretation.

Really enjoyed this book. I could feel the characters as they interacted. Having to be my ex guardian angel would have to really suck unless you really loved them still. I received this book at no change in exchange for an honest review. Use of language throughout but not overly. 👍🏻

Both the author and narrator were new to me, and I am grateful that I tried something outside my typical listening genre. The story is well written and has some very heart-wrenching moments. I thought the "Not to Hot' was a cute addition to the story. The author wrote realistic emotions and behaviors of families after divorce. The concept of a guardian angel is something I love. The performance of Michael Johnson was spectacular. I especially loved his voice of Rita. I had requested this review copy audiobook and have voluntarily written this review. I would definitely listen to more books by Jacqueline Druga and Michael Johnson.

This story was filled with several twists and turns. I would have enjoyed it more if there was not so much foul language. The story was good and well developed but the foul language was so prevalent that it kept getting in the way of the story for me. The narrator was very good and brought the story to life. I found the humor to be spot on. Three people sitting at a table for 18 and trying to have a conversation, as well as the Love interest, being the one who always wanted a pedi. The twist on the guardian angel was pretty good. I got this ARC via audiobook boom and this is my voluntary review.