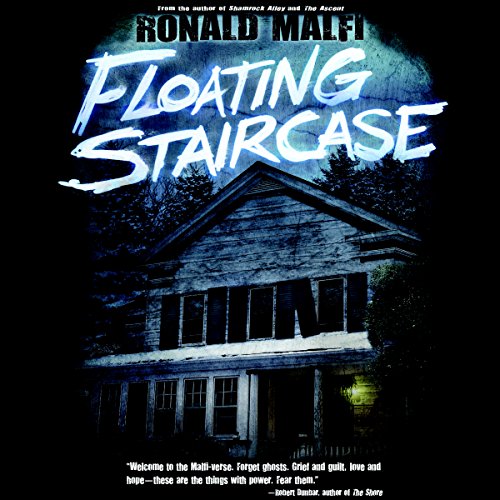 Following the success of his latest novel, Travis Glasgow and his wife Jodie buy their first house in the seemingly idyllic western Maryland town of Westlake. At first, everything is picture-perfect - from the beautiful lake behind the house to the rebirth of the friendship between Travis and his brother, Adam, who lives nearby. Travis also begins to overcome the darkness of his childhood and the guilt he's harbored since his younger brother's death - a tragic drowning veiled in mystery that has plagued Travis since he was 13. Soon, though, the new house begins to lose its allure. Strange noises wake Travis at night, and his dreams are plagued by ghosts. Barely glimpsed shapes flit through the darkened hallways, but strangest of all is the bizarre set of wooden stairs that rises cryptically out of the lake behind the house. Travis becomes drawn to the structure, but the more he investigates, the more he uncovers the house's violent and tragic past, and the more he learns that some secrets cannot be buried forever.

It is really not necessary to use sound effects (different sounds for phone calls or faint music) in the background) in audiobooks. It takes a bit away from the story. Otherwise this was a good novel.

I made it exactly 10 chapters into this book and I can't stand any more. The story sounds to interesting, but I can't get past the narrator's voice and horrid impersonations to finish this book.

This book was well written with an intense plot. Often times I felt myself full of anticipation with what was going to happen next.
Just scary enough to give me the creeps.
It was like being on a horror-mystery, roller coaster.
I couldn’t wait to get back to the listen of it.
Also, the narrator was very good with the reading and change in voice.

This was my first time ever reading Ronald Malfi, and surely not my last.

Love the book, love the story, but the male narrator tries too hard with the female characters. It's distracting. Just recite the story.