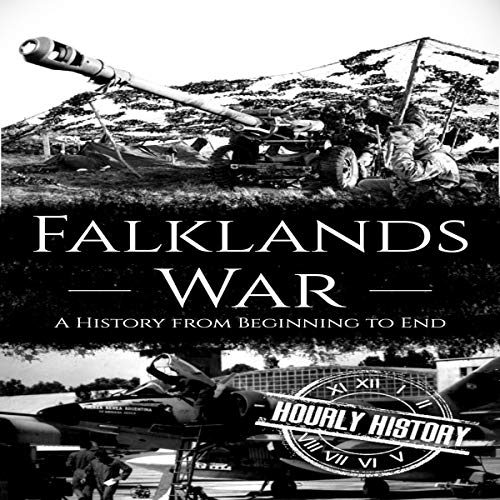 Falklands War: A History from Beginning to End

By: Hourly History
Narrated by: Jason Zenobia
Try for £0.00

Discover the remarkable history of the Falklands War...

The Falklands War, which erupted in 1982, was a conflict between the United Kingdom and the Republic of Argentina over sovereignty of the Falklands, a group of largely uninhabited islands in the South Atlantic. The islands had under two thousand inhabitants and little particular strategic or commercial importance when they became the object of the war. Still, disputes over whether these islands belonged to Great Britain or Argentina had been underway for many years. During negotiations in the late 1970s, Britain seemed willing to consider transferring the sovereignty of the islands to Argentina. Continuing lobbying by the islanders themselves, however, prevented this from happening.

In Argentina, the brutal rule of a military dictatorship was tottering under rising unemployment, massive inflation, and popular unrest. A short, successful war seemed like the perfect way to bolster the popularity of the military junta. After all, it seemed very unlikely that Britain would actually go to war over a few small islands eight thousand miles away.

To the surprise of almost everyone, that is precisely what happened. Within three days of the Argentine invasion, a British naval task force was on its way to the South Atlantic. This would be the first conflict in which Britain had been involved since the Korean War and the first conflict in which British warships were sunk since World War II. For many British people, this was their first experience of war.

The Falklands War lasted just over 74 days, but it claimed the lives of hundreds of soldiers, sailors, and airmen. This is the story of that war.

So if you want a concise and informative audiobook on the Falklands War, simply buy this aubiobook now for instant access!

What listeners say about Falklands War: A History from Beginning to End